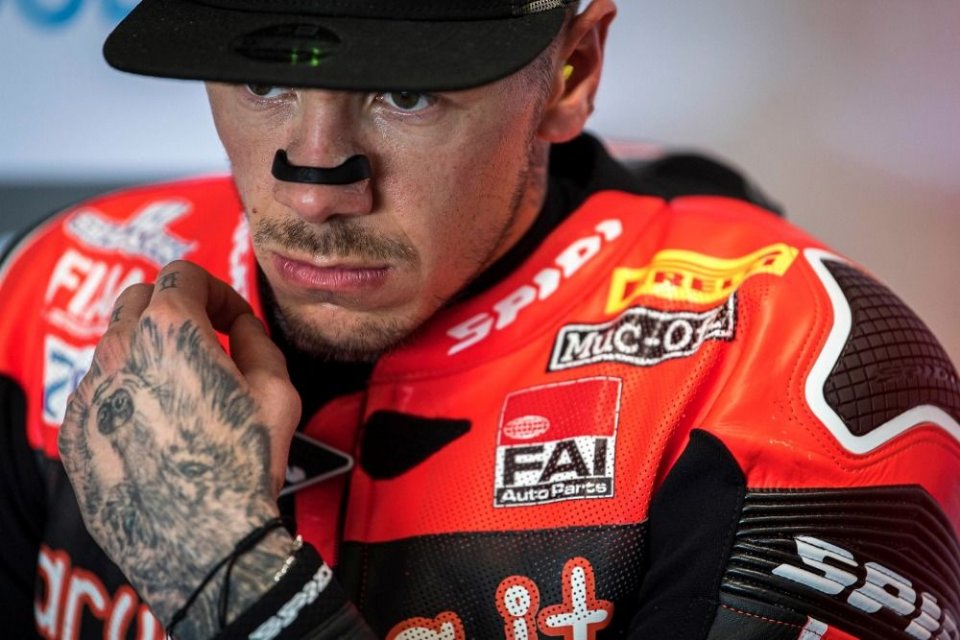 If Ducati is dreaming about winning the SBK World Championship title, there is only one horse to bet on at the moment, and that’s Scott Redding. On his debut in Australia, the Aruba rider took the Panigale V4R to the podium three times, while in the Misano tests he broke all the track records. An impact, that of the British rider, which has certainly not gone unnoticed, even if the only proof will be on the track when we return to action starting from the first weekend of August.

The fact is, that to date, Scott has made it clear that he has grabbed hold of the Rossa by the horns and the Barcelona tests are confirmation of his potential. Confidence, but above all the conviction of having all the right cards to beat a tough nut like Rea, who has been having things all his own way on his Kawasaki for the last five years transpires from his face.

"It is for sure nice to be back on the bike - Scott said - here in Barcelona I had to refresh my memory, because some time has passed since the last time I raced here. I love the good weather, it's really hot. In some ways it is not exactly the best condition, seeing as you are wasting so much energy, but on the other hand we are training to deal with the conditions that we will find from August onwards. "

Scott, here in Barcelona Ducati has brought a lot of material. Are you pleased about that?

"We have to reconfirm all the material after the last Misano test and as a result see what we need to improve. Here in Spain I have a wider seat, which helps me to be more comfortable when I ride the bike, and that means I make less effort. All in all, I am satisfied, although the temperatures are making the biggest difference at the moment. It is not easy to be consistent with so much heat, especially in relation to tyre wear. "

The World Championship will get underway again in the first weekend of August. There is a lot of anticipation about the challenge against Rea. Point-blank question: how do you beat a rider like Johnny, who in the past five years has made fewer mistakes than Marquez?

“It is difficult but not impossible, in fact I think Rea can be beaten. To win the World Championship there is only one key, that is to be consistent. He is strong, he doesn’t need many words to prove how much he’s worth. He is a rider who, if he does not win, is always close to the top of the podium. I am aware of this, but at the same time I know that I must be hungry and keep calm ”.

Scott, we know you are a boxing fan. Which boxing match of the past could the one between you and Johnny be compared to?

“It's hard to say, we don't hate each other like they do. We have a long season ahead and not twelve rounds in a single match where we have to give everything we have inside. It’s going to be a tough battle against Johnny. But I want to win because I want to prove that I am a winner. "

Are you surprised that he stayed in Kawasaki?

“Why would he ever want to leave ? If he had left, he would have been stupid. Like if Marc were to leave Honda or Rossi Yamaha. Johnny has won a lot with Kawasaki, he knows the bike, the team. It might have been nice for the Championship to change, but certainly not for him. "

Two years ago, you left MotoGP, now in Superbike you are Ducati's hope for a world championship title. Would you ever have imagined that?

“Superbike is different. I say this because here I have the material to get the results I want, but above all a winning bike, which I didn't have before. It is important to me that people know these things. This opportunity did not come from nowhere, because I went to fight and win in the BSB, to then get here. But my goal is not to stay here. My goal is to win races, become champion and maybe one day return to MotoGP with the right opportunity. "

Scott, a lot of people appreciate the fact that you are straightforward and direct. Some even compare you to James Hunt…

“A lot of people think that I am like him and that’s really great. Until now, a lot of fans follow a rider because he is fast and wins. I don't care about that. I simply want to be myself, if people love me that’s great, otherwise I don't give a damn. I like to talk openly and say things the way they are, because that's my character. "

Is it true that you hate riders on the track?

“Of course, I force myself to hate them on the track, but at the same time I have a good relationship off the track. With some I share bike training and also some meals. When I get to the paddock, however, the talk is different, because I want to beat them. And if someone beats me it's not a problem, I'll always shake his hand. Sometimes it seems that some riders are such good friends that they sleep together, but in the end the only thing that matters is the result on the track. "

Scott, who’s going to win the title? Or, who’s the favourite?