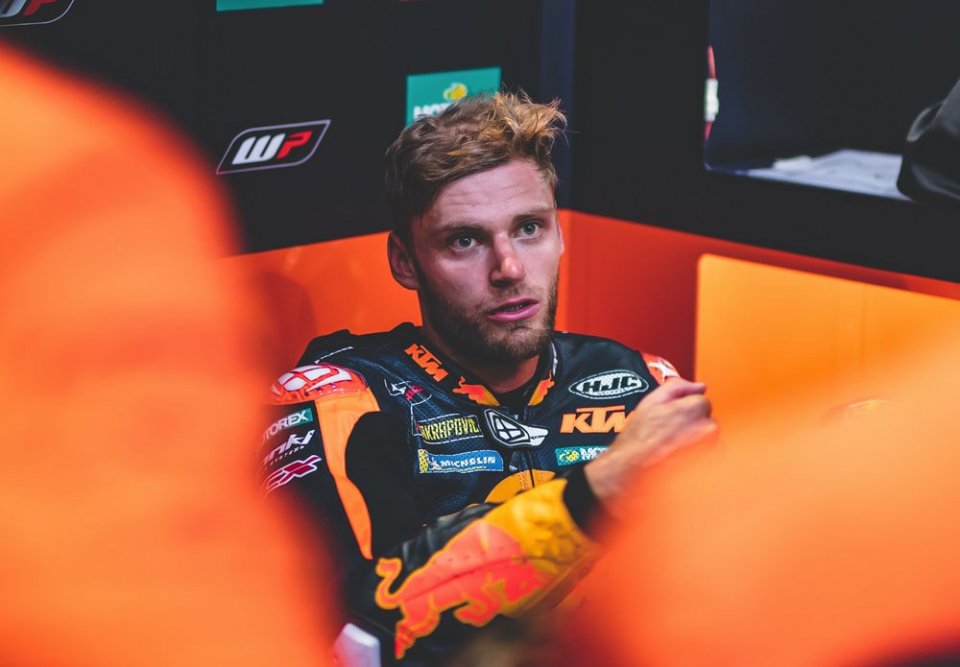 For Brad Binder, the most difficult thing this season (which has not yet started) was leaving South Africa to return to Europe. The KTM rider was with his family when the lockdown took place, and he got stuck on the other side of the world.

"It was complicated. There were no flights. I managed to leave only a few weeks ago," he explained during a virtual press conference organized by KTM. "The first two weeks, I tried to keep busy. I trained, then I worked all day on my motorcycles and cars in the garage. Anyway, now I'm back, and I won't have any problems staying. Since my mother is English, I also have a British passport.”

Brad had to skip the first tests organized by KTM at the Red Bull Ring, but he managed to participate in those in Misano last week. For him, a MotoGP rookie, getting back to riding the RC16 was not a walk in the park.

“The first day was a little scary, it was crazy," he confessed. "It was difficult to get back on a MotoGP bike after a three-month break. I felt completely lost. I'd exit a corner a bit faster and, in the next, I risked ending up in the gravel. On the second day, I was more relaxed. It was nice to ride with the SBK. I happened to follow Rea. I'm slow on the straight, even my pace. But I'm not too far from the MotoGPs on the flying lap."

Binder was also able to test the latest KTM chassis evolution, which Pol had already used in the tests in Qatar, and several forks. The most important thing, however, was to get back into the MotoGP habit to prepare for his debut season, which will be very different from what he had imagined.

"In a way, 2021 will be another debut year for me, because I 've never ridden on most of the tracks, and they're very different when you ride a MotoGP," Brad commented. "My goal this season will be to learn as much as possible. I think I can do a good job with KTM."

He'll also have to adapt to a sprint championship.

“It'll be strange to line up for the start and not see anyone in the stands,"  he continued."I can't imagine it. Then there will be the double race on the same circuit, which is a curse and a blessing at the same time. Certainly, in the second one, everyone will be more competitive, since they'll already have references. For me, as a rookie, it'll be an advantage to have more time."

"It's a positive thing, because Danilo has so much experience in the MotoGP. He comes from the official Ducati and is competitive. He's gotten on the podium many times and has also won a race ," his stated. "In addition, we also have Dani Pedrosa to help us. Every time he tries the bike, he improves it."

Brad already has a renewal in his pocket for next year. His teammate will be Miguel Oliveira, an old acquaintance of his.

"We split the garage for the first time in 2015. We pushed each other. It'll be nice to see him again."

Binder is also a great cross enthusiast and gave his opinion on Dovizioso's accident.

"All riders train with a motocross bike. The risk is there, but it's the best training there is, and I like it very much," he said. "Of course, when you hurt yourself, it's a whole other story. I usually try to keep some margin, but something can always happen. That's how it is." 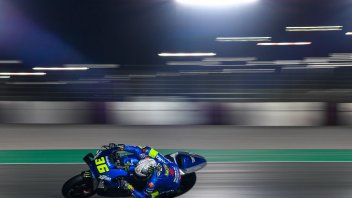 “It’s happened to me a few times in the past. My arm is fine, but I left something on the table in qualifying. It’ll be important not to make...
23 hours 9 min ago

“Marc knows Honda well and will be able to indicate a clear direction to follow. I can’t get a perfect lap when I push. I make too many mistakes.”
1 day 21 hours ago

Johann joked about the incident at the end of FP2. "I'm in the good group but I’m not riding relaxed, I'll look at Bagnaia's data to solve the...
1 day 23 hours ago

"The recovery surprised me. It was faster than I expected. I had surgery on Monday, and I could already train on Wednesday. I'll have to see how I...
2 days 1 hour ago

Dorna to install high-tech digital Flag Panels at all MotoGP circuits in 2021. From 2022, it will be mandatory for circuits that host MotoGP to...
3 days 2 hours ago

This is the news everyone was hoping to hear and means that the season will start in spectacular fashion at the Bugatti circuit, one of the most...
5 days 2 hours ago