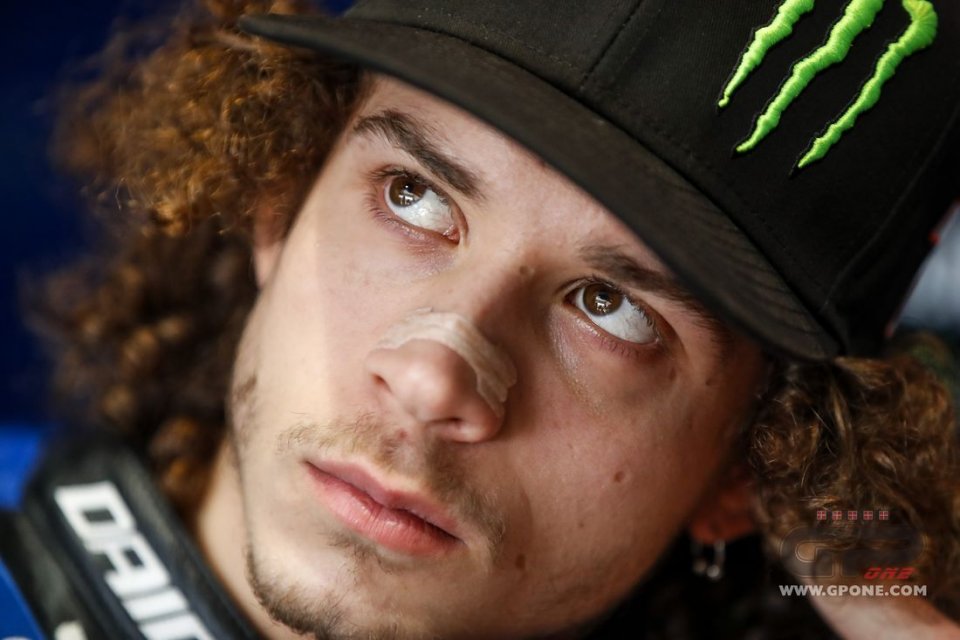 Things do not always go the way you expect, and this is a lesson that Marco Bezzecchi has learned. After fighting for the title in Moto3 in 2018, last year he accepted the challenge in Moto2 with KTM and the Tech3 team. It was not a good year for him and as if that weren’t enough, the Austrian company in the mid-season also announced it was pulling out of the intermediate class. Instead of taking the first flight to Lourdes, Bez has found a place within the ‘family’, in the Sky team, a direct offshoot of the VR46 Riders Academy to which he belongs.

He is in the right place to start again, even if he will have to do it step by step.

Marco, what expectations do you have for this year after a difficult debut in Moto2?

“Last season I struggled and it wasn't just the bike's fault. There were no results, I also had a lot of bad luck. I don't blame KTM, Binder won with that bike. "

Did the difficulties of the transition from Moto3 to Moto2 surprise you?

“I expected it to be difficult, but not to take so long to get used to it. I wasn't very happy with myself, it took me too long, but when I started to dial myself in, I felt fast but there were some unfortunate episodes: they made me crash, I crashed on my own, the bike broke. However, I could have been quite competitive. "

What effect did it have on you seeing riders you were fighting with in Moto3, like Bastianini and Di Giannantonio, being more competitive?

"That was the one thing that created the most difficulties for me, until the year before I was fighting for the win in the races with them and I found myself being beaten by them. But things got better in the end and when I tried the Sky team's Kalex I was quickest in the Jerez tests ".

Even Bagnaia, after winning the title in Moto2, struggled in his first year in MotoGP.

"There are those riders who adapt faster, like Quartararo, others slower, like me and Pecco. The important thing is not to give up and to get out of the difficult moments. Now I want to face this season serenely, but it is important to set goals. The first, for me, will be to be fit at Jerez, the second will be to fight for the first 5 positions in the race, the third to fight for the podium and then the victory (laughs) ".

Are you already anxious to go to MotoGP as soon as possible?

“No, I like Moto2, so why deprive myself of it? I will definitely like MotoGP more, but until I try it, I won't know. I don't want to be in a hurry to jump the gun, I prefer to arrive ready, if I have to wait one more year then I will do it. A move into MotoGP is crucial for a rider’s career, it is a train that passes only once; rather than going to a team that does not convince me I would prefer to wait ”.

Have you ever thought about staying another year in Moto3 to win the title?

“If I could go back, rather than doing a year like last year, I would have stayed in Moto3. But I felt ready and I wanted to change, moreover the promises had been very different. I'm not angry about my choice, however I was happy to have done that season in Moto2 because I got stronger, I have no regrets. Difficult times are the ones that teach you the most. But, if I had known, I would have done a year more in Moto3, not so much to fight for the title but not to suffer in that way ".

Now is the time to think about the races again...

"We have all suffered a bit from this pause, I was so sorry to start the championship and then have to stop. It was really nice to get back on the bike and train at the Ranch or Misano ".

What do you think of this calendar?

“It is an emergency but a good job has been done, there are double rounds but on the tracks that I like. I'm happy and I'm OK with it, even if I know it will be stressful; it's a very intense calendar, with all the races close together, without any chance of returning home or leaving the circuit, it will be a difficult year, or rather a half year".

Many drivers have turned up their noses at the double race on the same circuit.

"It seems to me an excellent solution and I don't think there were any real alternatives. Anyway I like it, there are tracks you are fond of and you only race there once, you would like to go back and we are lucky to be able to do it this time ".

Will you have to tackle this championship in a different way?

"Physically we are well-prepared, mentally it will be more difficult. With many races close together, not being able to switch off after the race, it will be tougher. It will be cool to test yourself, but I don't think the values ​​on the track will change. "