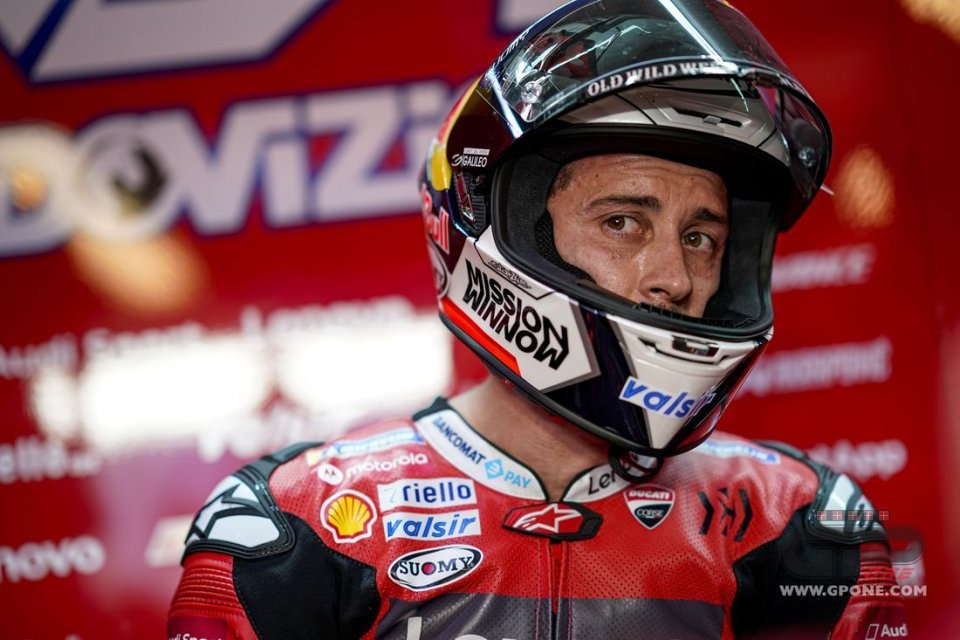 Andrea Dovizioso will be operated on in the evening at Modena hospital by Dr. Giuseppe Porcellini who has previously treated several MotoGP riders, including Valentino Rossi.

According to our information, Dovizioso suffered a non-displaced fracture of his left shoulder collarbone while he was competing in a race of the Emilia Romagna regional motocross championship at the Monte Coralli track, in Faenza.

After the accident, Andrea was taken to Forlì hospital for checks and, once the tests had revealed the extent of the fracture, it was decided to proceed with the operation.

“Luckily, it is not a compound fracture - said Ducati sporting director Paolo Ciabatti - this evening he will be operated on and a plate will be put into his shoulder in order to speed up the recovery. The goal is that he can race at Jerez. "

"I did everything myself - Dovizioso said to our colleague Paolo Ianieri - when I landed the rear wheel got away from me and I crashed".

The first MotoGP race is scheduled in three weeks’ time at the Spanish circuit, on July 19.