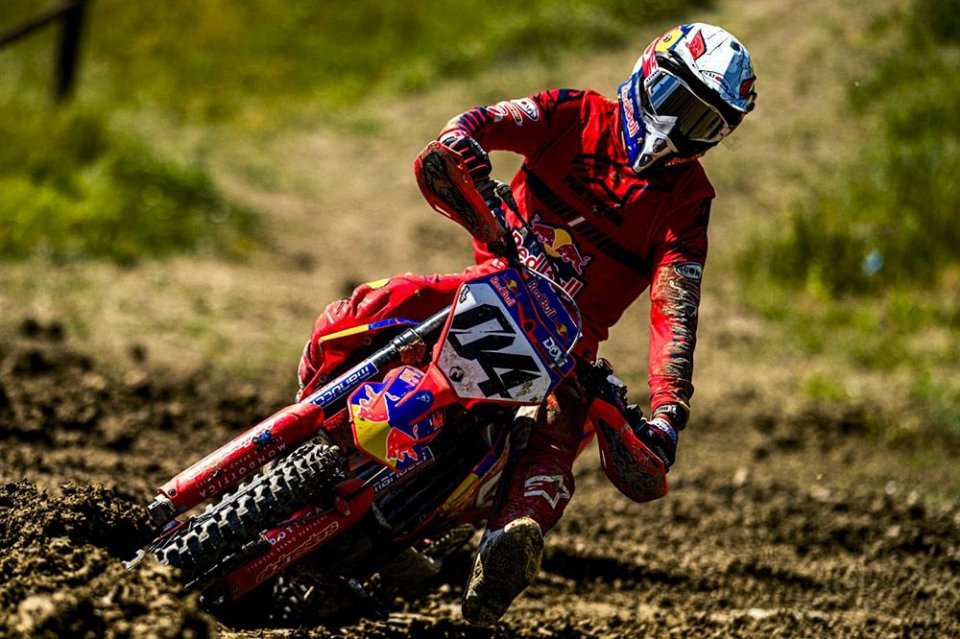 Cross seems like the dark side of all speed riders: dangerous but fundamental for their training. They're attracted to it despite being aware of the risks that this sport entails. From Moto3 rookies to MotoGP champions, most every rider has experienced its joys and sorrows.

Dovizioso got Ducati's permission to participate in the Emilia Romagna Regional Championship in Faenza, along with Petrucci. They finally came to an agreement in Borgo Panigale, even if they were aware of the possible dangers. Now Andrea is in the hospital in Faenza, waiting to know how serious his injury is. Moreover, between dirt tracks and street bikes on asphalt, there's no rider who doesn't face risks when training.

Sky VR46 team's Marco Bezzecchi fell just a few days ago doing cross and broke his right ankle. A few months ago, in March, Maverick Vinales spent one night in the hospital after an off-road accident, which only ended up as a big scare.

The truth is that there are no "untouchables" when it comes to jumping and skidding. Valentino also paid the price and his staff had (so to speak) forbidden him to give in to the temptation of cross motorbikes after he had fallen in 2017 after a jump when landing, ending up with a chest injury before the Mugello GP. In the same year, at the end of August, he had fractured his tibia and fibula with an enduro and had to skip his home race in Misano. Without forgetting that, in 2010, he injured his shoulder training in cross. For some months, however, he has returned to training in his own discipline too.

Let he who is without sin cast the first stone. Dovizioso himself, a cross rider since he was a child, broke his collarbone in 2012 on an off-road motorbike, while Marquez, another dust and mud fan who doesn't give up racing in the winter, broke his finger in 2015 before the Jerez GP, but still got on the podium in that race.

Again, in 2015, Franco Morbidelli broke his tibia and fibula on the Faenza track and had to skip the Silverstone GP while, in November, Aleix Espargarò did not participate in the Sepang tests in November due to a back injury.

In 2017, Alex Rins broke his foot, and Miller his tibia and fibula, missing the winter tests in Malaysia. The year before, Andrea Iannone still participated in the Red Bull Ring after a bad blow to his side while cross racing.

Last year, Jorge Lorenzo paid dearly for his dirt track training: he broke his wrist and underwent surgery in January, just before the start of the winter tests.

The list is by no means complete, but it clearly shows that, when they leave the asphalt for dirt, accidents are not a rarity. From another point of view, however, there seems to be no solution.

The riders of the world championship cannot train on their bikes and off-road disciplines are the only solution to keep fit, whether flat track or cross. Risks are part of the trade, but it's often paid very dearly.