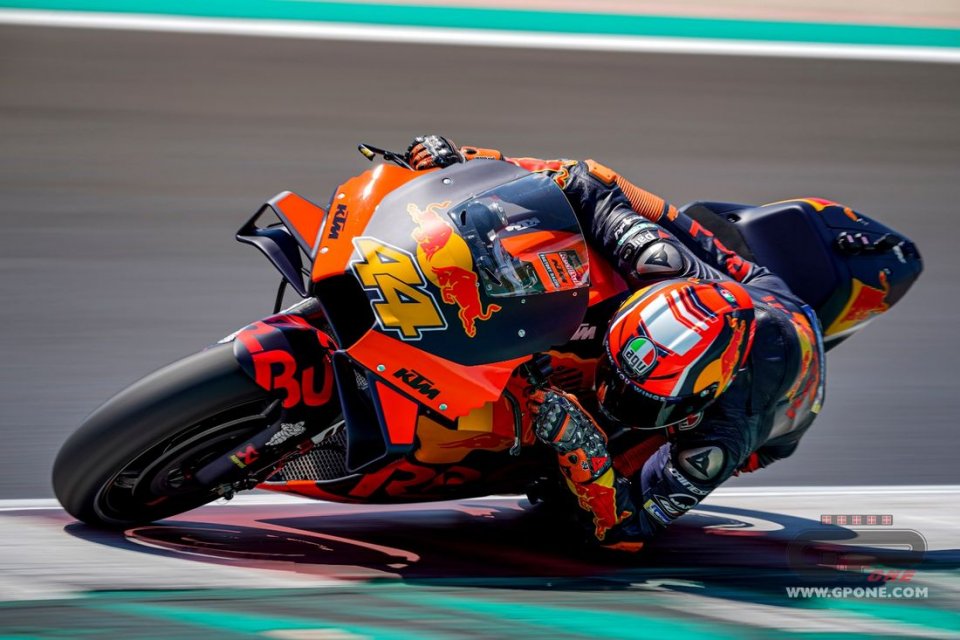 The first day of testing in Misano is over, and the MotoGP bikes are back to zooming around corners on the track. Aprilia, Ducati, KTM, and Suzuki took advantage of the good weather to shake some dust off and try out the latest innovations on their bikes.

Since these were private tests, there was no official timekeeping, but we still managed to have some unofficial results, even if not every rider was on the track.

The fastest was Pol Espargarò, for KTM, with a time of 1'33". The Spanish rider was nine tenths faster than his brother, Aleix, on the Aprilia, and a second than Bradley Smith.

Logically, the times were not the first concern for the riders and testers. Aprilia is using these three days to decide which version of the new engine they'll approve next week, as will KTM, which is also taking advantage of the concessions.

In short, the work was mainly behind the scenes, and the Ducati and Suzuki (Michele Pirro and Sylvain Guintoli) testers also had a full day.

They'll be back on the track tomorrow (along with the SBK riders, with Redding and Davies, who anticipated their colleagues today for a shakedown on their Panigale V4R), and we'll be with them on the track to tell you what's happening.

Meanwhile, enjoy some shots from today.