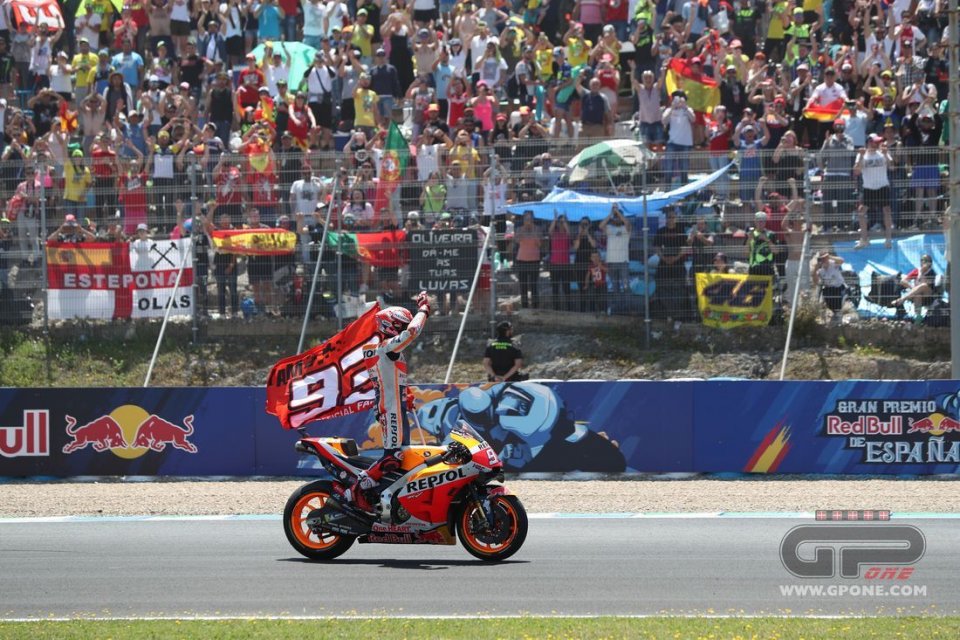 It seemed obvious that the world championship would start behind closed doors, but it might not be the case. Jerez Mayor Mamen Sánchez has asked for a meeting with Carmelo Ezpeleta, CEO of Dorna, and Juan Marín, Vice President of the Government of Andalusia, to verify the possibility of opening up the MotoGP race scheduled for July 19 and 26 and the SBK round on August 2.

For now, it is only a proposal that will have to be analysed in detail to understand how it can be implemented. Of course the capacity of the circuit would be reduced and the areas intended for spectators isolated.

But the idea is there and Ezpeleta has already been informed. The meeting will serve to verify its feasibility, also because opening up to the public would mean "an increase in costs for the circuit", read an official note from the Municipality of Jerez.

The meeting has been proposed, in the coming weeks we will find out if it will be successful or not.