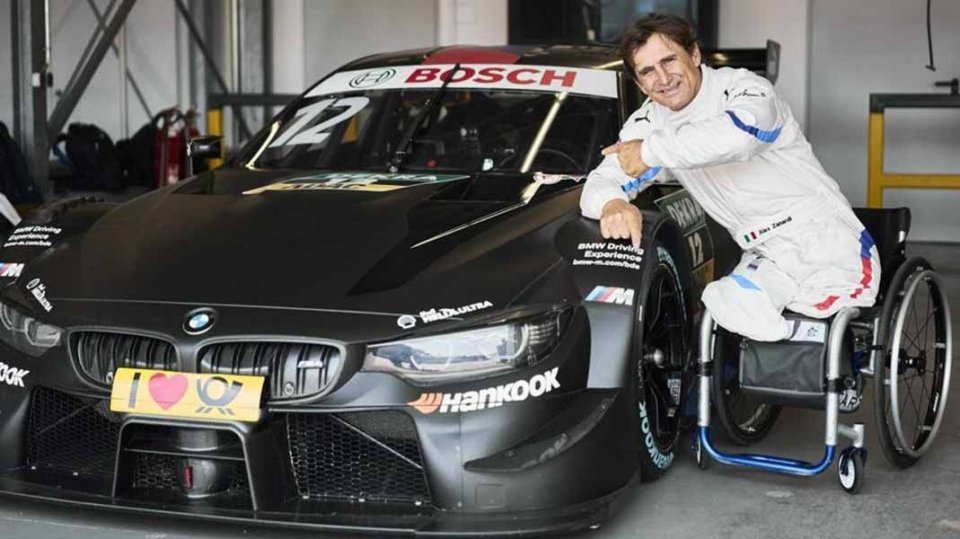 Alex Zanardi was involved in a road accident in the province of Siena, during one of the stages of the Obiettivo Tricolore relay in which  Paralympic athletes race with handbikes, bikes, or Olympic wheelchairs. According to initial incomplete information, the 53-year-old is said to be in serious condition.

The accident occurred along State Road 146 in the town of Pienza. A large vehicle was involved. The rescue helicopter intervened on the spot to transfer Zanardi to the hospital.

According to the information, the athletes who were participating in the relay with Zanardi raised the alarm. Along with the rescue workers, carabineers, the municipal police of Amiata-Valdorcia, and the local firefighters, all showed up on the scene.

Zanardi was due to get back behind the wheel of a BMW race car for the end of this season's Italian GT Endurance series Championship in Monza, November 6th to 8th. Zanardi, with BMW Team Italy and Team Manager Roberto Ravaglia, was going to share an adapted BMW M6 GT3 with Stefano Comandini and Marius Zug.

UPDATE: Alex Zanardi was two-times F. Cart champion and raced 44 GPs in the F1. On September 15th, 2001, he was the victim of a frightening accident at the Lausitzring during which his Reynard Honda was broadsided by Canadian driver Alex Tagliani's car. In the impact, at a speed of 320 km/h, Tagliani's Reynard Ford split Zanardi's car in half, amputating his legs on the spot.

Once Zanardi recovered, with great determination, he returned to driving modified cars, and then turned into an extraordinary disabled athlete in para-cycling, in handbikes in the H4 and, subsequently, in the H5 categories.

His palmarès in this "second life" of his was impressive: 2 gold and 1 silver at the London Olympic Games (2012) and those of Rio de Janeiro (2016), 12 gold, 5 silver and 1 bronze at the road world championships.

The news of the accident is still incomplete and still needs to be verified: it seems like Alex was close to another cyclist. As he was going downhill, Zanardi probably lost control of the vehicle and invaded the opposite lane.

UPDATE2: Zanardi arrived in the emergency room intubated and assessed in the shock room where his condition was conclusive and very serious due to the severe head trauma reported. At the moment, he is undergoing a delicate neurosurgical procedure.

Paul Smart has lost his life in a motorcycle accident