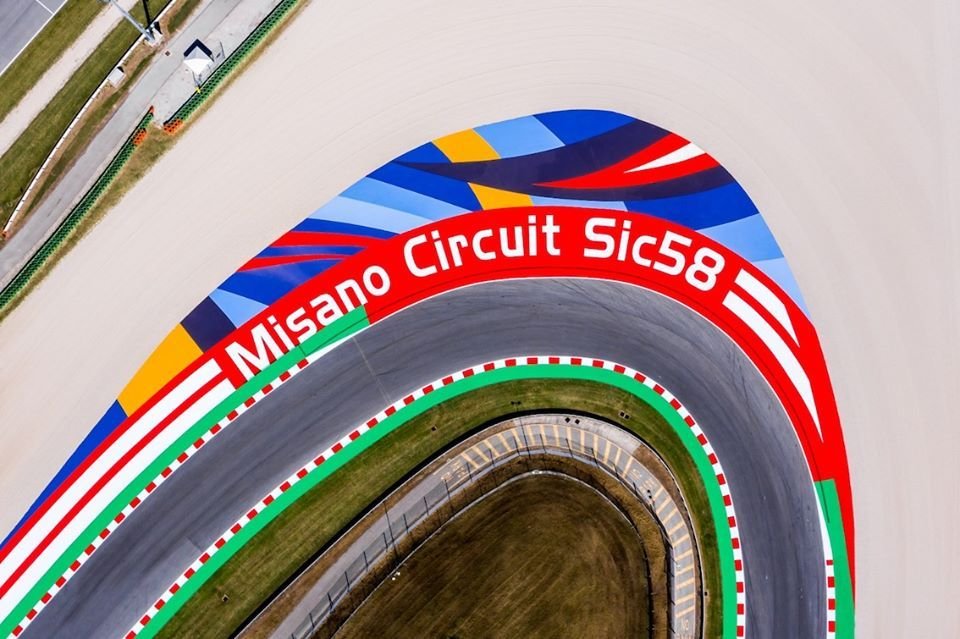 The green light is almost on for resuming the National and World Championships, and the various tests that have been taking place these past weeks is proof of this. In fact, the "Marco Simoncelli" Misano World Circuit will open its gates next week, from June 23rd to 25th, for a three-day test that will definitely be interesting, with both the MotoGP and Superbike teams present.

The first day will only be dedicated to the MotoGP, represented by as many as four manufacturers, namely Ducati, Aprilia, Suzuki, and KTM that, in two cases out of four, will also field their official riders. If Ducati and Suzuki will only be relying on their test teams - respectively led by Michele Pirro and Sylvain Guintoli - Aprilia and KTM will be able to count on the same riders who will take to the track in Jerez on July 19th.

For Aprilia (that is still monitoring the Iannone case), consequently, Aleix Espargarò, Bradley Smith, and Lorenzo Savadori will take to the track, while Pol Espargarò (the market man of the moment), Brad Binder, and Dani Pedrosa will be riding for KTM. The Austrian company will also have the Tech3 team, with Iker Lecuona and Miguel Oliveira.

Moving on to the Superbike, there are many high-level names who will be racing on Wednesday and Thursday. Just think that both the Ducati Aruba team, with Chaz Davies and Scott Redding, and the official Kawasaki team, with reigning world champion Jonathan Rea and the 2020 world leader Alex Lowes, will also be present.

All the Ducati satellite teams will join the above mentioned: Go Eleven with Michael Rinaldi, Barni with Leon Camier, Motocorsa with Tati Mercado, and Brixx with Sylvain Barrier. On the last day, two Supersport teams will also participate, namely, the Bardahl Evan Bros. team with Andrea Locatelli and the MV Agusta team with Randy Krummenacher, Raffaele De Rosa, and Federico Fuligni.

Our popular “Frankie” confessed to being a victim of the degenerative disease, but he hasn’t given up: “The human body is like a motorcycle, if it...
2 hours 20 min ago

At Oulton Park the Australian took his second career victory. Nothing doing for Iddon, after leading the race for a long time. 5th championship...
7 hours 7 min ago

Jack: "I set my time thanks to Rossi and Bagnaia. Everyone will have tyre management in a corner of their brains". Fabio: "I'll try not to make a...
16 hours 53 min ago

Dominique Aegerter took his second win of the season overtaking the man from Rimini on the last lap, Ferrari finished in third place for having gone...
21 hours 52 min ago

“I tried to get more grip on the rear and didn’t succeed. It’s useless to waste time. I’ll focus on the front to brake like Ducati, Honda, and Suzuki...
1 day 7 hours ago

The McAMS Yamaha rider achieved the best time at the end of FP1, with a gap of more than eight tenths on his opponents. Fourth position for Ryde,...
1 day 15 hours ago