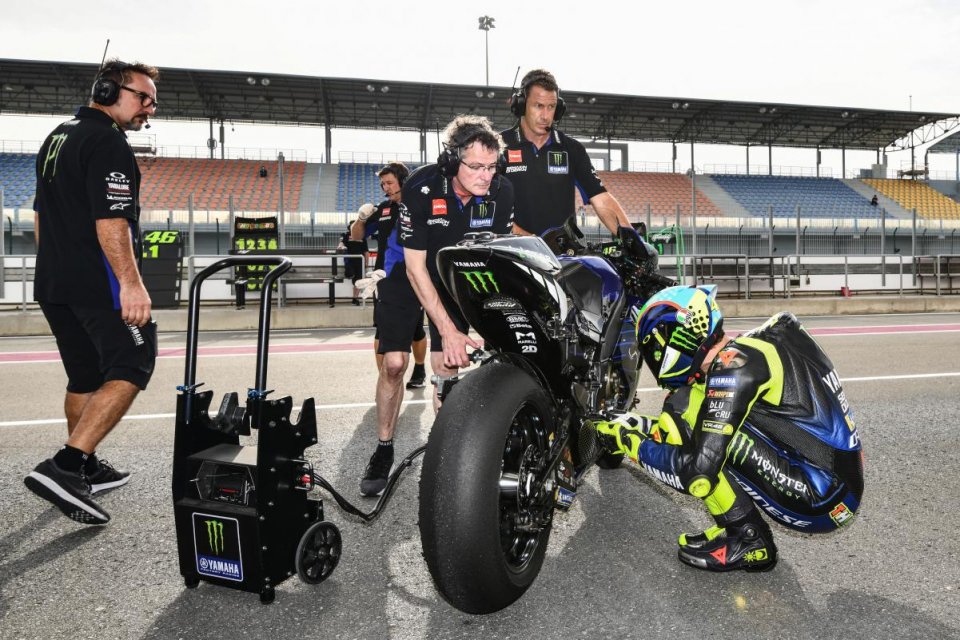 During the week Dorna published an official version of the 2020 calendar. The bikes are therefore ready to return to the track on July 19 together with their protagonists, on the Jerez track, but one problem remains. In an interview with Speedweek, Lin Jarvis has been shedding some light on an issue with which the Japanese manufacturers, namely Honda, Yamaha and Suzuki, are faced with.

Due to the prevention rules related to the spread of COVID-19, the Japanese and Australians are still unable to travel to the Old Continent: "Yamaha's greatest concern is related to the movement of Australian and Japanese members in Europe - said Lin - at the moment they cannot enter our continent, even if they have done a test that certifies they are negative to the virus. For a few days now, however, Australia has allowed exceptions dictated by important reasons for professional purposes, therefore we will send our request. "

This measure would affect some of Rossi's team members, such as Alex Briggs and Brent Stephens, who live with their families in Australia and New Zealand.

Jarvis then went into the matter in further detail: "Between Rossi’s and Vinales’ teams, Yamaha usually brings 55 people to the Grand Prix over the weekend - he underlined - with the 'behind doors protocol' the number is reduced to 45. Taking account of this situation, at the moment 10 people on our team would be stuck at home, that is, seven Japanese and three Australians".

This worries the Yamaha managing director, so much so that the matter would also affect some other teams.

"No person from a non-EU state can spend more than 90 days in the Schengen area in a period of six months. If you stay here for 92 days, it is illegal. It is a condition in which perhaps a single person may be involved. But as a global company, we at Yamaha must scrupulously observe all laws. Therefore, we will not take any risks in this area. In our company policy, compliance with the law is a top priority. A company like Yamaha will not do and will do anything that does not comply with the law. Period "

“We will only take part in the World Championship if a solution is found - he commented - above all regarding the possibilities of our Japanese engineers to attend the GPs. If they cannot come, we will have considerable difficulties in taking part in the races. This is the case for us, but also for Honda and Suzuki. All this would in fact lead to an unfair advantage for the European teams, who would participate in the races with full staff ".

Jarvis was therefore clear on the question: "Our fear is that if this situation is not resolved, all this would seriously compromise our participation in the World Championship".

After the last two years spent in MotoAmerica, next season Hector Barbera will return to racing in British Superbike with TAG Racing Honda
1 day 11 min ago