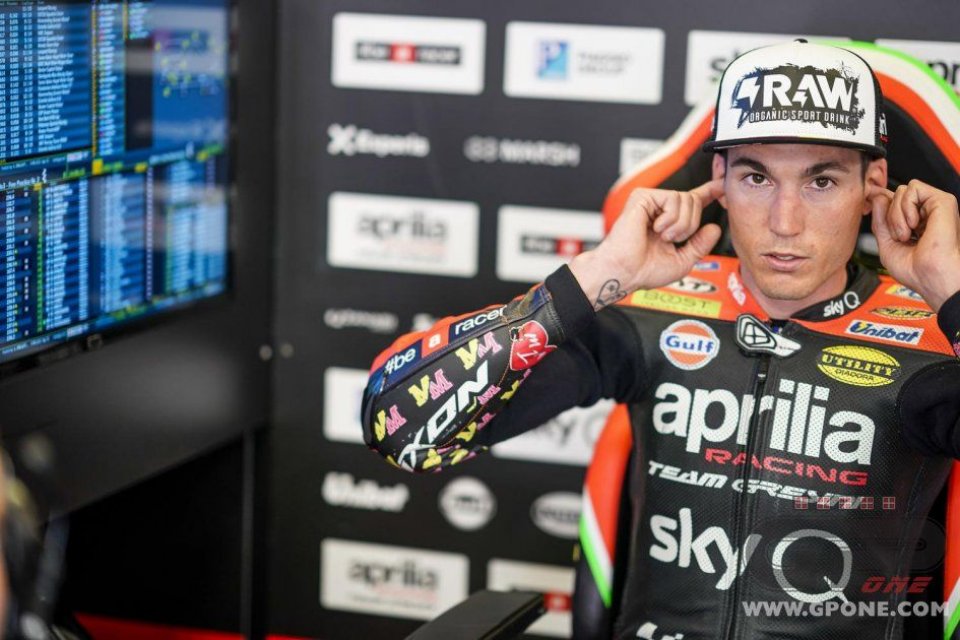 The Espargarò brothers are undoubtedly at the centre of the market in this period. While for one of them the future is now certain, for the other we are only waiting for confirmation. As we found out this week, Aprilia has extended its contract with Aleix Espargarò for the next two years.

On this matter, the Spaniard is showing no lack of satisfaction, as well as ambition: “The fact that we can talk about fighting for a title means that Aprilia has grown and the same goes for me,” commented the Noale rider in an interview with RTVE. “Of course it is difficult to beat the Japanese manufacturers, as well as a rider like Marc Marquez. If we continue to improve like this, Aprilia will be a big surprise in 2021-2022".

The bar has now been raised for Aleix and on this occasion the Spaniard also had words to say about his brother, who is currently at the centre of the rider transfer market negotiations: “KTM is supporting him a lot, they have a lot of esteem for him and they want him to stay with them,” he commented. “Personally I don’t know how much Honda will want my brother or not. It's a bit like when Ferrari calls you, it becomes difficult to refuse. We will see what will happen - he concluded - I think Repsol Honda is the 'dream team' in the history of the MotoGP World Championship and if there is this possibility it won’t be easy to say no ".