The Celtic HSBK Racing Team experienced a sensational weekend on the Road America track, valid for the first round of the 2020 MotoAmerica season.

It was an important and historic triumph, achieved by PJ Jacobsen in the Stock 1000 class riding the Ducati V4.

The Panigale V4 is one of the best motorcycles in circulation, an authentic jewel derived from the experience gained by the Borgo Panigale manufacturer in MotoGP.

After joining the American championship during the past season together with the KWR Team, it has become a true contender with exponential growth. After an uphill start, the young Kyle Wyman managed to end 2019 with significant results, after constantly fighting for the top positions. 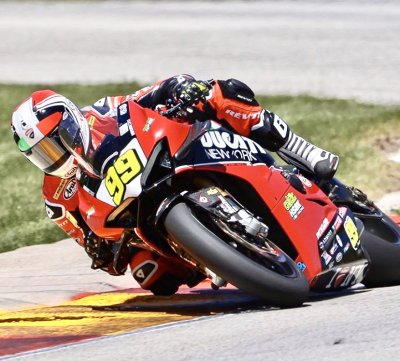 A result that convinced the Celtic HSBK Racing Team to invest in the Ducati Panigale V4 rocketship.

The squad run by Bobby Shek and Barry Gilsenan derives from the union of the well-known HSBK and Celtic Racing teams, which came about last year. Both decided to join their forces, using their experience to start a new era full of success.

The former has a special relationship with Italy, and it’s not by chance that it marked some significant chapters of Aprilia history in the USA. It took the Noale manufacturer’s bike to victory in Stock 1000 and got on the podium four times in Superbike thanks to our very own Claudio Corti in 2016.

The latter, however, is one of the best private teams on the American scene. With three AMA Pro SuperSport titles in its trophy case, it can boast the presence of some talented young riders in the 125cc and 250cc classes.

It’s a winning combination therefore, made possible thanks to the arrival in the squad of Patrick ‘PJ’ Jacobsen.

The native of Montgomery is a rider of absolute international level, anxious to redeem himself following some disappointing seasons. Runner-up in the 2015 SuperSport World Championship, after an unfortunate period with Triple M Honda in World SBK, in 2019 he decided to revive his career by returning to MotoAmerica SS600 with the renewed Celtic HSBK Racing. It was partly an obligatory choice, but it turned out to be spot-on. He had a formidable year, finishing only behind Bobby Fong, with four victories, seven podiums and one pole position to his name.

For this reason, and with the confirmation of the American, the team of Bobby Shek and Barry Gilsenan opted to return to the top category. A change made possible thanks to a sponsorship agreement with Ducati New York. 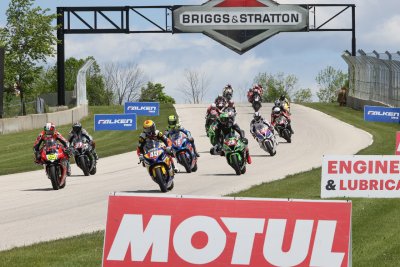 The 2020 season of the Celtic HSBK Racing Team promises to be full of events. In fact, in addition to the SBK and Stock 1000 categories with ‘PJ’, the team will take part in SuperSport with Brandon Paasch on a Yamaha R6, in the Liqui Moly Junior Cup with the young Sam Lochoff riding a Kawasaki Ninja 400cc and the newly-created Mini Cup with youngster Haydn Joseph Meng.

The debut on the Road America track went beyond all expectations: for Jacobsen pole position and victory in Stock 1000, the first ever for the Borgo Panigale manufacturer in the USA, and fifth overall in Superbike Race 2 not far from the podium.

Love at first sight therefore, confirmed by the words of the American rider himself: "The V4 is awesome. In the Stock 1000 race, despite not getting a perfect start, we managed to score Ducati's first win in the history of MotoAmerica. In SBK Race 2 I finished just three seconds from the podium and from the official Panigale of Wyman, which is surprising given that our bike is totally Stock. I am sure that, with hard work, we will progress quickly to fight for the top positions".

‘Well begun is half done’ as they say and all the right conditions exist for Patrick Jacobsen and his Ducati to continue to set the US scene ablaze. It’s an ambitious project, one that aims to embark on a new winning trend with the Italian bike. All eyes will be on them again when MotoAmerica returns on the weekend of June 27-28, again at Road America in Elkhart Lake.