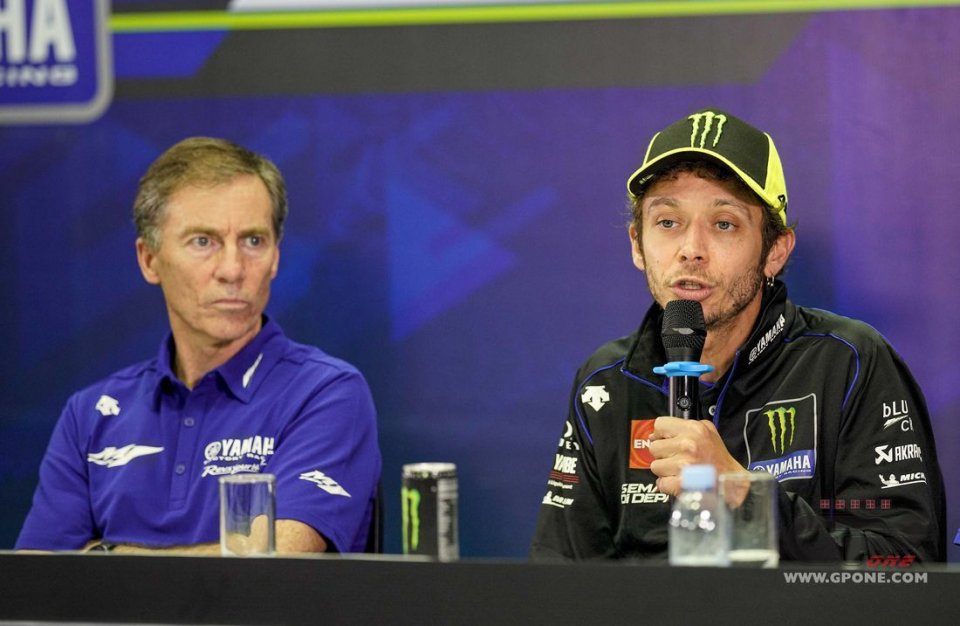 All the clues lead everyone to think that the agreement between Valentino Rossi and the Petronas team for next year was in the pipeline towards being made official. Recently, Razlan Razali, head of the Malaysian team, declared that he was close to closing with the Doctor. Now, Lin Jarvis, in an interview with Speedweek, confirmed that they'll have some news soon.

"Personally, I expect things to be clearer by the first race of the year," he said.

Valentino doesn't want to quit and, although Jarvis has stressed that "he cannot anticipate this decision," he expressed his personal opinion.

"I hope Valentino decides to continue," said Yamaha's managing directo . "I don't think that this year, with the Coronavirus problem, is the time to end such a legendary sports career. In a worst case scenario, we may not see a single race, and how tragic would that be if the season of such an iconic athlete would be canceled? I think Valentino thinks the same way, but the decision is up to him."

An annual renewal (perhaps with an option for 2022 on the plate) seems the most likely scenario. Furthermore, Rossi would find his pupil, Morbidelli, in Petronas, to whom he would pass the baton.

“Valentino and Franco are a good team. A very good team," Jarvis observed. "These two riders together on the Petronas team represent a good project, highly competitive. The Rossi-Morbidelli duo is the only solution we have in mind."

As for the Doctor switching to the Petronas team, the Yamaha manager took some time.

“We're already discussing which technicians will be able to follow Valentino, but not yet in detail. It's still too early," he concluded.

Rossi: “Good feelings in the first Portimão GP, I want the top 10”