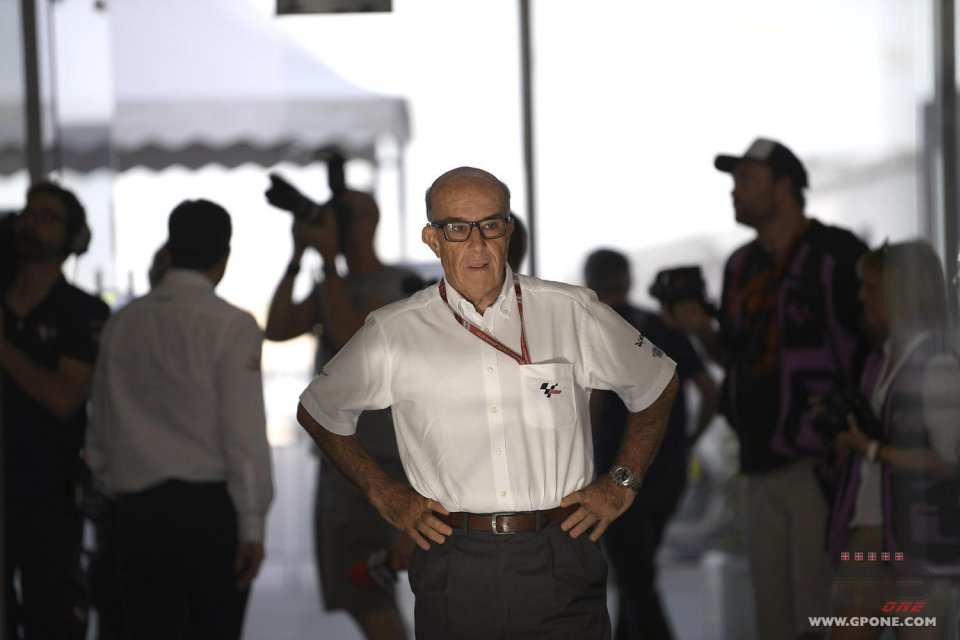 "I hope the calendar can be published on Wednesday or Thursday," is what the head of Dorna, Carmelo Ezpeleta, stated. He's been doing everything he can these past few months so that the MotoGP can race again. They're almost there, and once they've fixed the last details, they'll be able to make their plan public. At least as far as Europe is concerned because, for the overseas GPs, it'll still takes some time. "July 31st is the deadline."

Motorcycle racing needs to get back on track, and July 19th is the starting date in Jerez, with a double race also on the following Sunday.

“At the moment, we have no plans to race with spectators," Ezpeleta wanted to emphasize with AS. "We'll see later on as things progress. We'll go to different countries, so it'll depend on the regulations of each country. If we go to countries where we can have spectators, then we'll have them, otherwise, we won't. We'll race with spectators when the authorities will allow it. In principle, the races are scheduled without spectators."

And even without journalists (including those working for websites). Only those in TV can be present.

"If things change later, then we'll change things but, at the moment, the press rooms will not be opened," he specified.

As for trips outside Europe, the GPs in Texas, Argentina, Thailand, and Malaysia have not yet been canceled, although it seems very unlikely racing in AMerica will be allowed. One thing is already clear: “I don't think there will be double races outside Europe, even if it hasn't been decided yet. Also, there are good chances we'll be racing in France. We'll have confirmation in the next few days," said Ezpeleta.