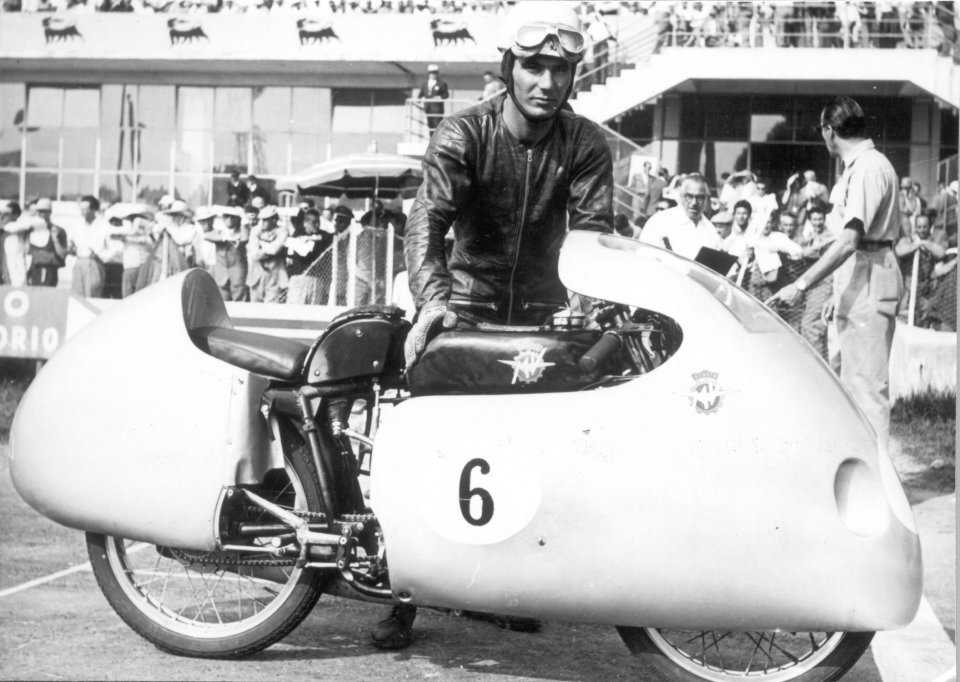 Motorcycling legend Carlo Ubbiali passed away in Bergamo at the age of 90 due to respiratory problems. He won a total 9 world titles (6 in the 125 and 3 in the 250), 39 Grand Prixs, and 8 Italian championships.

Fans called him the "fox" for his cleverness when racing, but he was also known as the "Chinese" because of his small stature and the cut of his almond-shaped eyes.

Ubbiali not only participated in speed races but also in regularity rallies and won the gold medal at the Six Days in Wales, as well as getting on the podium in Bergamo with the MV.

After racing, he returned to his father's workshop in Bergamo, and then ended up championing his fellow citizen, Count Agusta Giacomo Agostini.

Everyone at GPOne would like to extend their deepest condolences to Carlo Ubbiali's family and friends.

I think when you work, you just have to be serious. If they ask me what I'll do tomorrow, how can I answer them? I do a half-page essay. I give it to a poet, he makes a novel out of it. Everyone has his own job. I ride motorcycles. And I'm a man of few words.

Farewell to Carlo Murelli, the mechanic that even Soichiro Honda listened to

Kunimitsu Takahashi, the last Honda ‘samurai’, has passed away