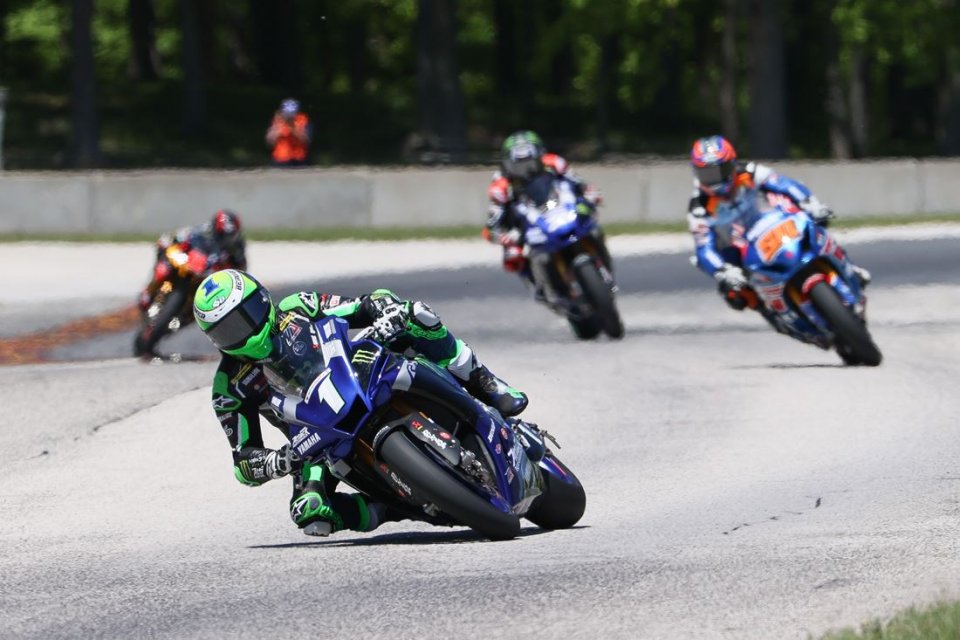 The first weekend of the 2020 MotoAmerica season has already confirmed that Cameron Beaubier will again be the man to beat this year. In the inaugural round at Elkhart Lake, the reigning champion left the crumbs to his opponents winning race 2 after setting pole and taking race 1 (here the highlights).

Just as on the previous day, the Yamaha rider was never to be seen again after the start, taking the chequered flag in solitude and finishing more than 13 seconds (in 12 laps!) ahead of the second classified rider. “I couldn't have asked for a better start - said Cameron - and the credit mainly goes to the team, since I have never felt so comfortable riding a motorcycle. The season is long, but I'm really happy to get back on the bike and to have done it this way. "

The first of the "non-Martians" behind Beaubier was his teammate Jake Gagne, who improved on his third place of race 1. Bobby Fong made it easier for the Californian rider, after hitting the Yamaha of Matthew Scholtz with his Suzuki halfway through the race, eliminating both from the race and in particular from the fight for second place.

The duel for third place thus involved Josh Herrin (BMW) and Kyle Wyman (Ducati), which only the photo finish decided. The expert rider from the German manufacturer came out on top by just 11 thousandths of a second. Wyman and Ducati still had something to smile about given the step forward compared to race 1, and the Italian manufacturer confirmed its good form with a fifth place for PJ Jacobsen.

One rider who had nothing to smile about on the other hand was Toni Elias. After retiring from race 1, the Spaniard had to try and make amends, but things went in the wrong direction from the start way. Toni's race ended on the third lap, when a crash put an end to the hopes of the #24 rider, who already has to play catch-up to Beaubier after the first round.

The second round of the championship is scheduled for the weekend of June 28, again on the Elkhart Lake track. 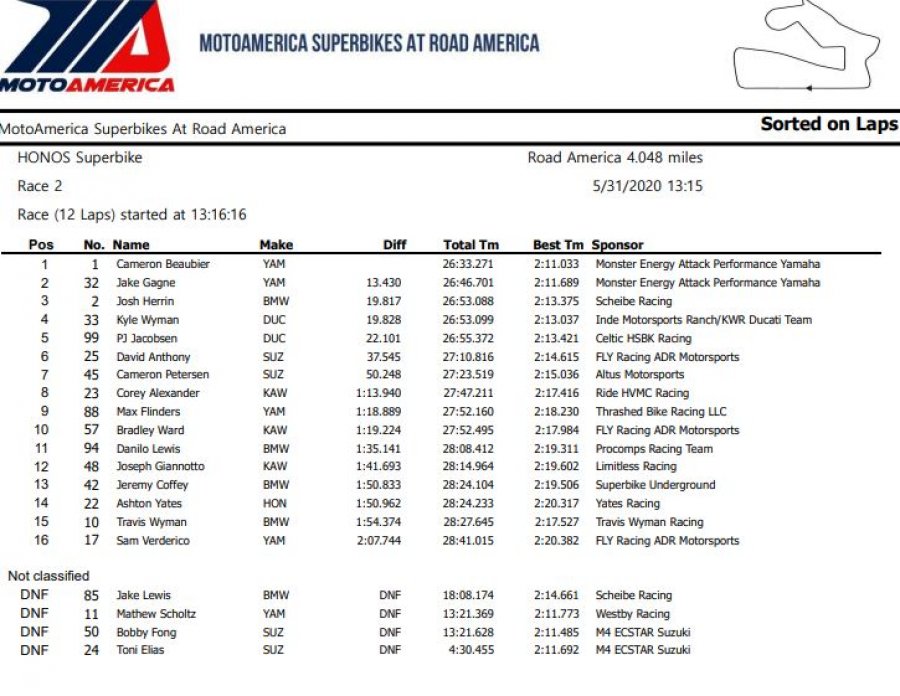