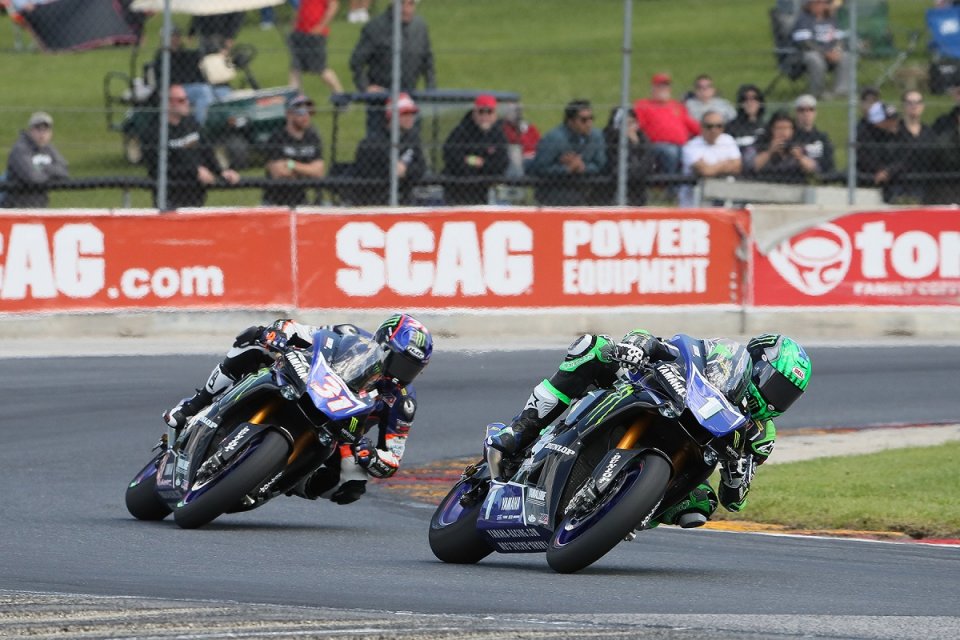 After dominating yesterday's free practice, in which he also set a new lap record for Elkhart Lake's Road America circuit in 2m11.145s, Cameron Beaubier grabbed the first pole position of the season today. The Yamaha rider preceded his teammate Jake Gagne, 4 tenths away.

"The weekend is going really well - said Beaubier - the important thing was to get back on the bike and the first two positions are optimal for our team".

Former Moto2 world champion Toni Elias, however, placed third with his Suzuki behind the Yamaha. After a Friday chasing Elias he found the right speed that allowed him to conquer the front row.

Race 1 will start at 22:00 Italian time and can be seen on Eurosport.