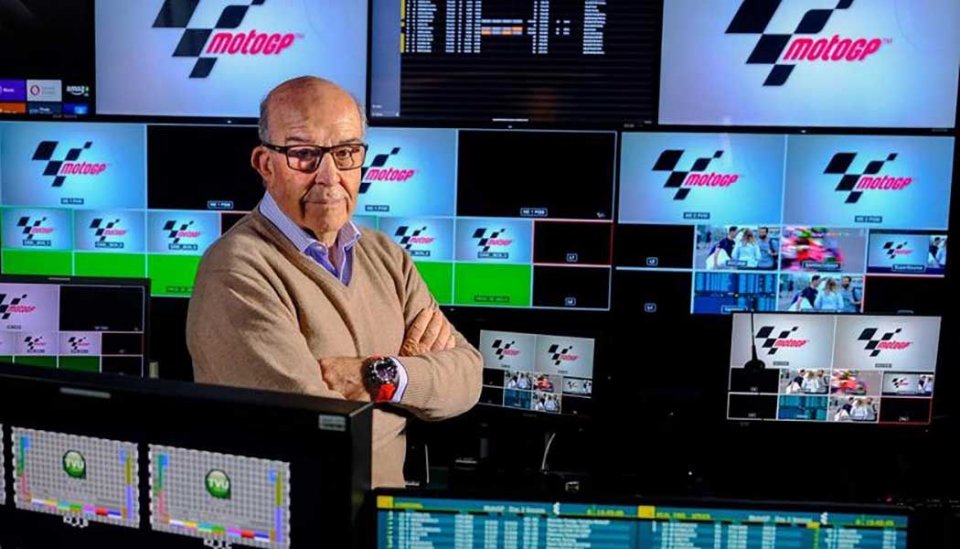 With an announcement relating to the Superbike World Championship, Dorna has practically laid the foundations for both championships.

The first to return to the track will be the premier class, with a pre-test on Wednesday, prior to the Jerez GP on July 19th.

"It'll be a very competitive World Championship with fewer races than expected, so we'll have to be careful with an accident or a zero. They'll need a strategy to know how to distribute their efforts," Carmelo Ezpeleta said to Marca. "In 2021, we'll come out stronger after what's happening. We have to show that we have the strength and the ability to get out of it. The sponsors are with us and want to continue. Now we have to guarantee the salaries for several teams, perhaps with smaller sponsors, and also freeze the regulations for two seasons to ease investments."

Freezing engine development and aerodynamics will also offer the opportunity to decrease the distance between the official teams and the satellites.

"If we hadn't stopped development, the gap would have widened. Freezing these rules allows us to partially alleviate the decrease in sponsors in the smaller teams and also gives room for parity. KTM and Aprilia have multiple engines and tests to recuperate ground during the season."

However, TV rights are what Dorna's boss is thinking about.

"The teams live on what they earn from the races, so we had to help them in view of having to stop the championship. Television rights are essential and, thanks to that income, we can race without spectators. We won't use cardboard cut-outs in the stands to simulate their presence. We'll concentrate on creating the best races possible."