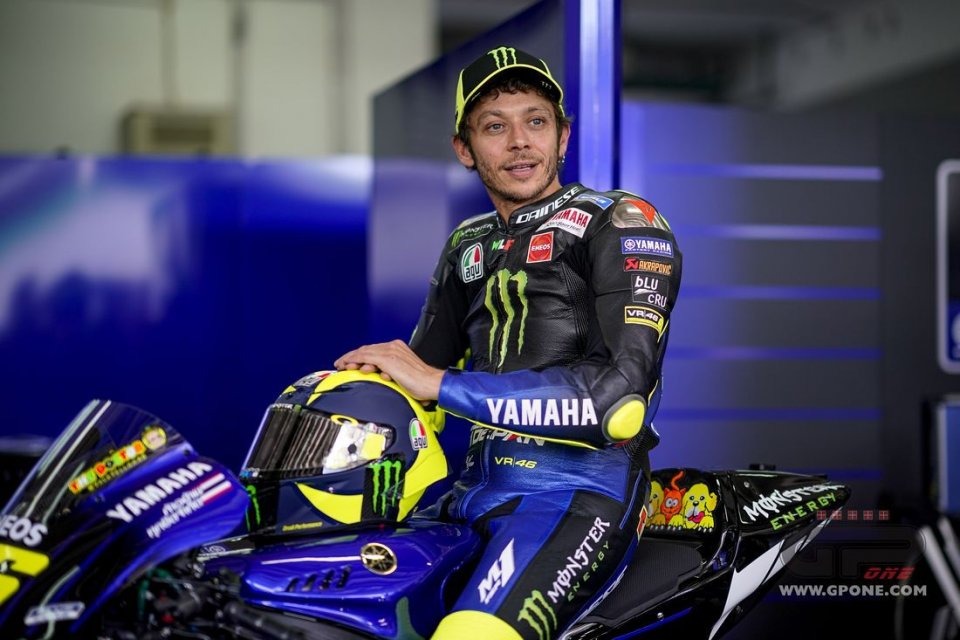 During these weeks off, everyone was wondering what Valentino Rossi was thinking. He has Yamaha and Petronas' offer on the table, which could put off his retirement again, and it seems like it won't be long now before we officially know what his future will be.

"We're at the end of May. In the coming weeks, I'll be able to reach my decision. It'll be very soon," he assured everyone in an interview with BT Sport.

The Doctor had time to think and came to several conclusions.

"I'm not afraid of retiring. I don't think that's the right word, but I know that the day of my last Grand Prix will be sad and difficult to manage and accept ," he explained. "Because I love races. They've been my life for more than 20 years, but I'm not afraid. During this period, I understood, but I knew it before, that I can have fun anyway, and this makes my decision easier."

In a sense, quitting behind closed doors would have its advantages.

"Honestly, ending my career in this situation would also have positive aspects," he continued. "It'll be really, really sad for me the day I retire. I don't see anything good. I don't expect anything positive, just lots of sadness and ugly feelings. Doing it without fans and without people around would be easier. If I continue, it's to try to be competitive. I'll go to the Petronas team if I think I'm competitive. If I can try to win races and fight for the podium."