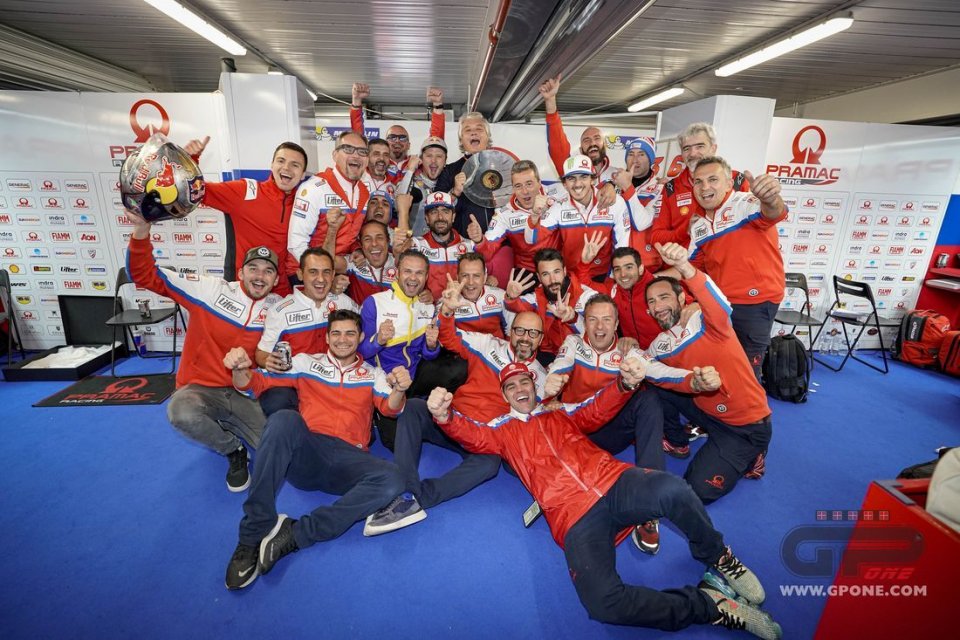 The Pramac team has confirmed that it is the best place to go to if you want to be promoted to a factory team. Iannone and Petrucci had successfully passed their study course, now Jack Miller has joined them. Not everyone would have bet on the Australian after the 3 years in Honda, instead Paolo Campinoti, patron of the team, decided to focus on him. And he won the bet.

"How did I react to Miller 's move into the official Ducati team? Very well - he assured us - It means that we did what had to be done, it is right that it went this way. Indeed, it would have been a defeat for us if we had not achieved this important result. Our goal is to bring riders like Jack to the official team. "

What did you see in him?

“A great talent, it was an easy choice to take him. It was a shame to see him score certain results, normal for him is what he did last year ".

Five podiums. What is the secret of this transformation?

“I don't know if there is one. Jack has always been fast, he just had to find the right balance, the right environment for him. I was very pleased with what he wrote on his Instagram profile after the announcement, it was something really nice and important for me. "

He wrote that the Pramac team has made him the rider he is today and that he can never thank you enough. He is not the first rider you are a second family for…

“We don't do anything in particular, it comes naturally to us. As I said, we don't have a secret. Francesco Guidotti (the team manager) is very good, the merit is his. He knows how to find and manage riders; he is able to make them feel at ease. I am very happy with his work. "

There always seems to be total agreement with Ducati.

“Our relationship is intense; all the decisions are made in total sharing and harmony. This is what allows us to obtain certain results ".

Now we need to start thinking about the team for the next two years. Let's start with Bagnaia…

"We’ll see what will happen, he also has the ambition to join the official team; if he does well, it may be a possibility. As far as we are concerned, Pecco is still unfinished business. "

There is also talk of a return of Iannone. What do you think about this?

“I can't be objective when I talk about Andrea because I love him, and a strong bond unites us. He will always be welcome for me, but it seems difficult, because I think he wants to redeem himself in Aprilia after the difficult moment he has been going through. Personally, I tell him that he can come to us in any role whenever he wants, even to be a mechanic!" (laughs)

So will you take a young guy from Moto2? There is a lot of talk about Martin.

“We actually thought we were going to make a team with Pecco and Valentino! (laughs) No comment on possible names."

Are you already thinking about the restart of the championship?

"Yes and I think everything will be different, but the important thing is to start again. Fortunately, MotoGP is in the best possible hands, those of Carmelo Ezpeleta, and I believe that the right decisions have been made to ensure stability. Starting from the fact that you use the same bikes for 2 seasons, you need financial stability because we have a couple of difficult years ahead of us, in order to survive we need to reduce costs ".