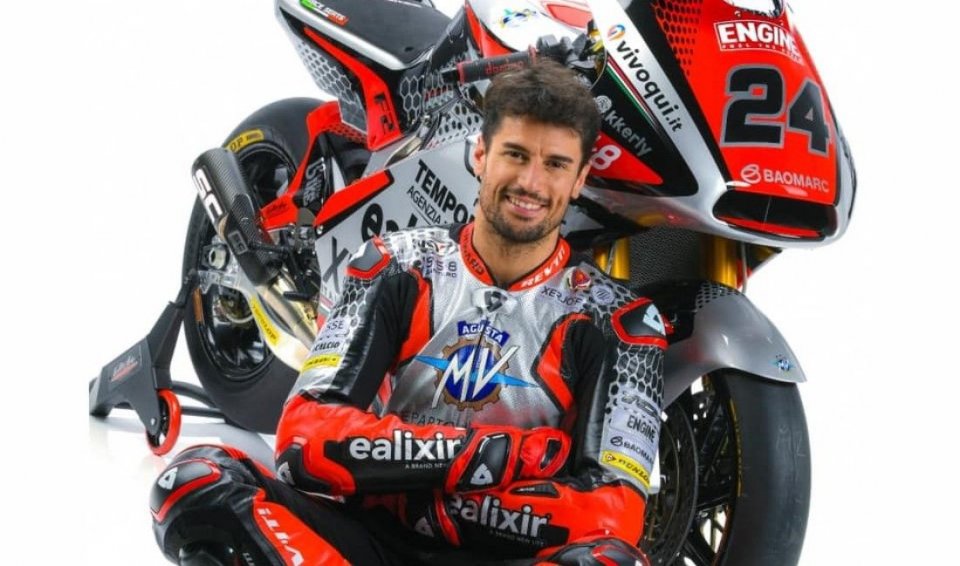 One of the reasons of interest of Moto2 in recent years is certainly the fact that it is a varied category, made up of both talented youngsters and experienced and fast riders. Simone Corsi, a sportsman of the Fiamme Oro who returned to Moto2 this year after a rather complicated 2019, marked by the divorce from the Tasca team during the season, certainly falls into this second category.

“Our world has changed in recent years - says the Roman - and unfortunately, some teams are struggling more than others. The members of that team did not behave well with me, I felt really bad about it because in all these years I had never experienced such a thing. For a while I thought about quitting, I didn't really want to go back and for a month I didn't think of the bikes at all, but the adventure in NTS and above all the test I did with the MV before the Grand Prix at Misano helped to make the desire to get back on track return".

Now your present is called MV and team Forward. How do you rate the debut race in Qatar?

"It was a weekend below expectations: in Moto2 everyone was really close, but I didn't expect to be so slow. We tried many things over the weekend, and this certainly did not help us to move up the rankings, but it was the right idea to see which the right path to take for the future was ".

What is the current level of the MV?

"It is an unusual bike, but already in the first test I was quick. The introduction of the new front tyre with diameter of 125 did not help us, as it accentuated our problem in turning the bike: it was a revolution like the arrival of the large rear tyre last year, and we have to adapt. "

Speaking of the future, how would you like to try something in the Superbike or Supersport world championship?

"Already this year I had contacts with some teams to make the leap, but the problem was the budget: many teams ask for money that I don't have, and the best solution was definitely the MV. I would like to race in Superbike or Supersport in the future, but desire and passion are not enough to create such projects ".

How have you been getting through the quarantine? Have you already returned to the bike?

“I trained a lot because I have a small gym and rollers at home, and besides that I had a lot of fun with video games: even before the quarantine I had a driving simulator, so I was able to have some nice challenges with different riders, primarily Melandri and Caricasulo".

What is your thought on the resumption of activity? Are you optimistic or negative?

“The fact that we can probably start again in July is certainly positive, so far it has not been easy to prepare without knowing exactly when the championship would start. The public? I think it will be difficult to have spectators this year. It is a shame because in some races like Mugello or Jerez seeing so many people in the stands gives you a lot of adrenaline. It will be a strange championship, with the possibility of doing more than one race on the same track, but the important thing is to start again ".

Last question. Looking back on your career, is there a decision you would change if you could go back?

"In fact, there is one decision that I sometimes think about. In 2004 I finished my second season in 125, and I was ready to change teams to move from Honda to Aprilia, but the official Aprilia 250 team made me an offer to make the leap in category and it was impossible not to accept: unfortunately I was still a little bit ‘green’ for the category and the level was very high, so the following year I decided to go back to 125. It was not an easy decision to take a step back, it took time to metabolize it, but that’s the way it went”.

Leitner: “I was the one who spoke with Guidotti to bring him to KTM”