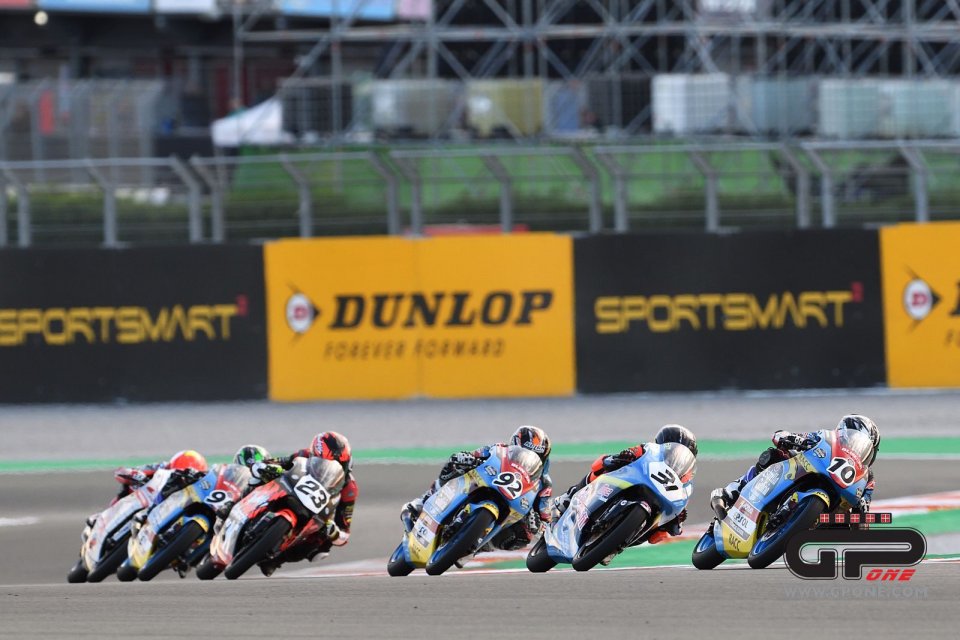 As previously announced, the ongoing coronavirus outbreak has obliged the postponement of the first three rounds of the 2020 FIM CEV Repsolseason. Round 1 was set to take place at the Autódromo Internacional do Algarve from the 23rd-26th of April, Round 2 at the Circuit Ricardo Tormo from the 23rd-24th May and Round 3 at the Circuit de Barcelona-Catalunya from the 13th-14th of June.

The FIM CEV Repsol’s new proposal, if approved by relevant authorities, would see the first two rounds of the season take place in Portugal. The round scheduled for the Circuito do Estoril from the 4th-5th July would go ahead as planned and become the season opener, to be followed by the Algarve round the week after as the first of the postponed events to be rescheduled:

In addition, the FIM and the FIM CEV Repsol announce that the MotorLand Aragón round, set to be held from the 18th-19th July, has been postponed to a later date to be confirmed.

The FIM CEV Repsol is making every effort to accommodate new dates in the season for the postponed rounds and, accordingly, has announced this new proposal to begin racing in 2020.

Updates on this proposal will be provided as soon as available.