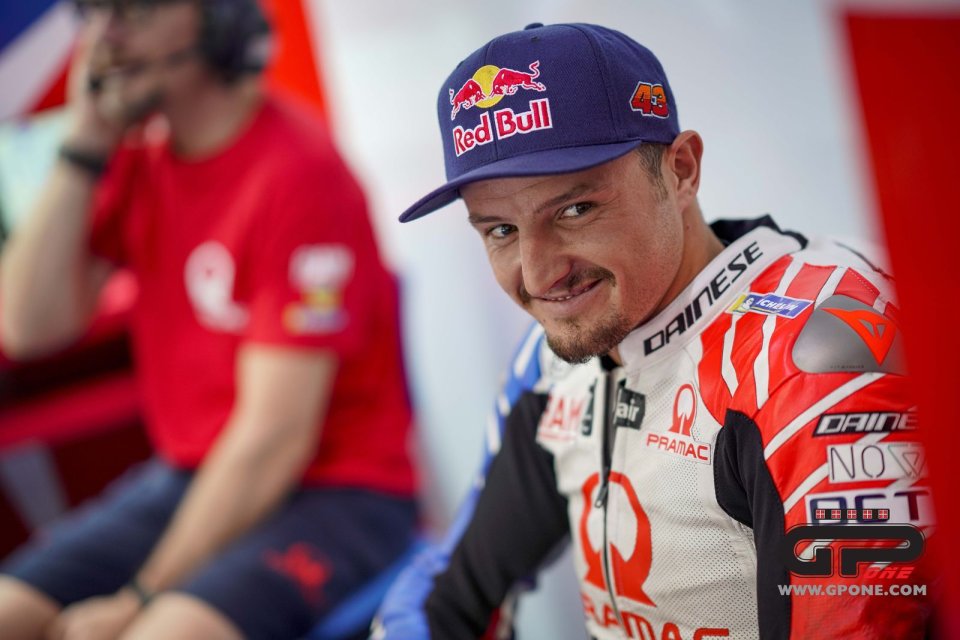 Ducati has begun to select its cards for the future. As reiterated several times by Paolo Ciabatti, with such a short world championship, and above all after such a delayed start, it doesn't make sense to even wait for the start: decisions have to be made.

As far as GPOne is aware, one has already been taken: Jack Miller will be the official Ducati rider for the 2021-22 period. The Australian has been in the sights and in the wishes of Gigi Dall’Igna since last year, when he had a good championship, finishing in eighth position with four podiums to his name. Four third places in Austin, Brno, Aragon and Phillip Island.

To be honest Danilo Petrucci finished in front of him (6th overall) thanks to a victory at Mugello and two third places of Le Mans and Barcelona, ​​but his performance strongly deteriorated starting from the middle of the championship.

In the end, in the battle between the two riders Petrux came out ahead with +11 points over his brand mate, but evidently this has not been enough to ensure his stay in the official team.

If the news is confirmed, an Australian will enter the Borgo Panigale headquarters again for the first time in ten years.

Obviously with the arrival in the factory team of Miller, from whom a considerable leap in quality is expected, the other rider remains to be sorted out, with the obvious preference to keep Andrea Dovizioso in the team, albeit with a substantial reduction in his fee.

At this point the ball is at the feet of the Man from Forlì, who, as at the time of the choice that involved Andrea Iannone, will be able to either accept or decline the offer…

Of course, the situation today is different because Dovi has three second places in the world championship behind him, and it is not that 2020 can add much to what, in an excellent way, he has done so far.

As we know Andrea could end up in KTM, even though Beirer has said he would happily confirm all four of his riders.

In the meantime, Pramac is also moving to replace Jackass. Paolo Campinoti, boss of the Tuscan squad, has set his sights on another pupil of Luca Boscoscuro, Jorge Martin, currently in Moto2 with SpeedUp. Without forgetting the negotiations with Alex Marquez, who happily joined the Repsol Honda team alongside his brother Marc, but with only a one-year contract.

Of course, Francesco Bagnaia would be promoted to leading rider in the team with a 2021-spec bike.