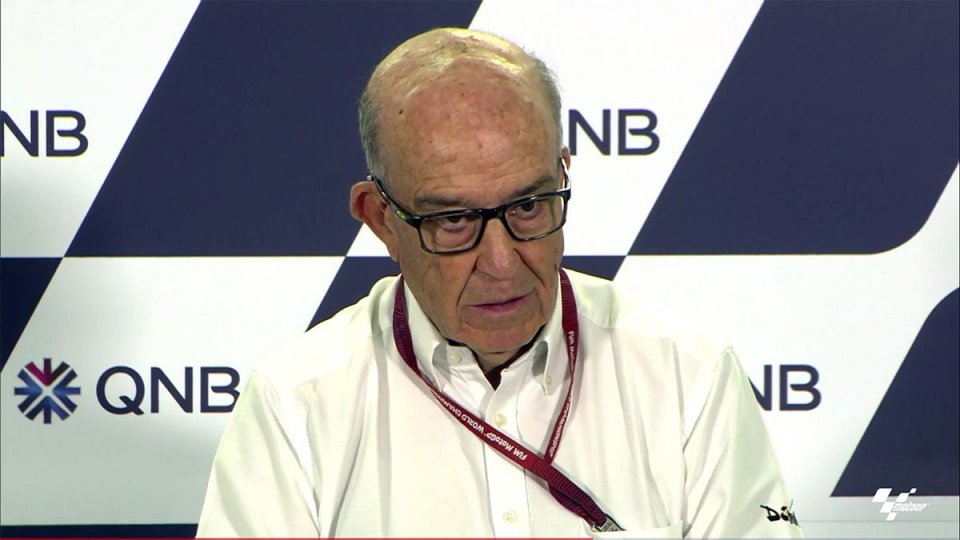 There is not long to wait now for a 2020 calendar, albeit a provisional one, for MotoGP.

Carmelo Ezpeleta is optimistic about a world championship that is destined to take place mainly, or even only, in Europe. On the other hand, for matters related to travel costs, the boss of Dorna reiterated that the schedule of races in Asia will go ahead only if there are spectators in the stands.

"We would love to go to Asia,” Ezpeleta explained to ESPN in an exclusive interview that will be broadcast on Fox Sports Asia on May 19 at 20.00 HKT, “but to go to Asia without spectators is very difficult because the cost to go to Asia in this condition, is not possible. "

The scheduled races in Asia include Thailand (October 4), Japan (October 18) and Malaysia (November 1).

"Racing in Europe without spectators is possible and we are talking to the various promoters,” continued the CEO of Dorna. “From the beginning we have tried to look at the best possible scenario to continue working this year. First of all, we took some measures with the manufacturers, IRTA and the FIM to try to reduce the costs of this situation".

MotoGP, like all sports that are trying to start up again, will try to balance its program with government restrictions. Ezpeleta said that there will be no races beyond mid-December.

"Our idea is to make around 12-13 Grands Prix in Europe during the period between July until beginning of November, and then move to Asia and the America during November and middle of December, if possible. Maybe by the beginning of September we can announce if the non-European Grand Prix will happen or not."

Ezpeleta: "Without Valentino, we'll be cheering for his 'sons...