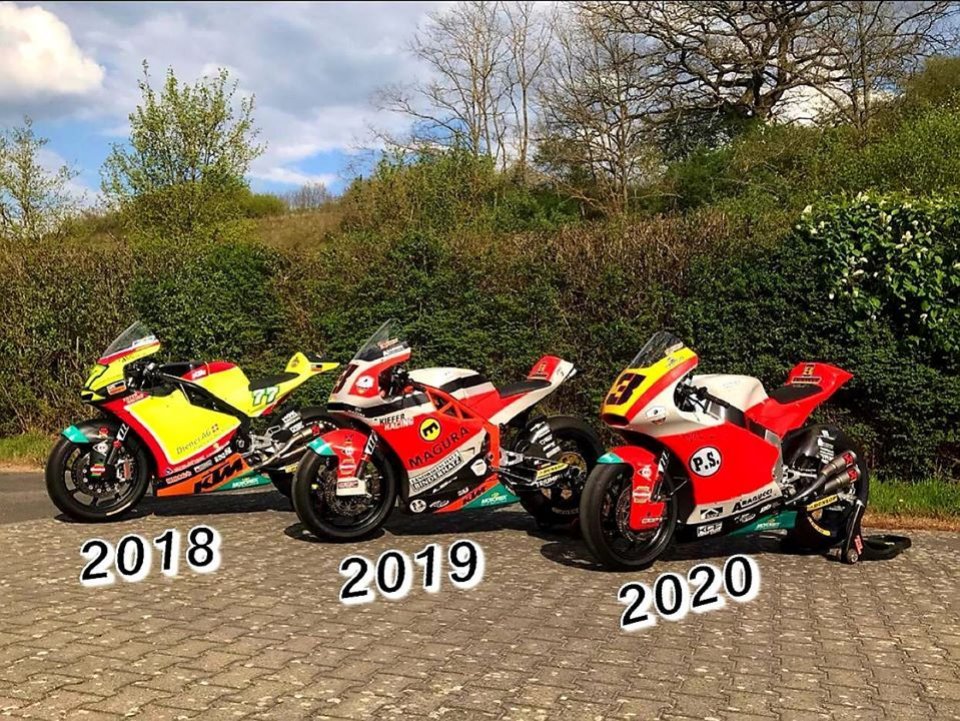 One of the sectors most affected by the coronavirus emergency is undoubtedly the economy, and the world of two wheels is clearly paying the price. One example is the Kiefer team which, as our colleagues in Speedweek are reporting, has put the two Moto2 bikes used in the 2018 and 2019 seasons for sale, at a price of € 49,000 each.

“I have the bikes in my workshop,” said team principal Jochen Kiefer, “but since KTM has retired from the category the bikes cannot be used in the championship. Currently, the most likely destination for these bikes is a collector's living room, given that their intrinsic history counts a lot: in this sense, Stefan Bradl's world champion bike would have a greater market ".

The moment is certainly not the happiest one for the German outfit, which after the death (in 2017) of its historic patron Stefan Kiefer struggled to reach the limelight in the world championship, until the abandonment of Moto2 dated 2019. For the season in course the team had scheduled to make its debut in Supersport, with two Yamahas entrusted to Lukas Tulovic and Thomas Gradinger, but even this plan has gone up (for now) in smoke for budget reasons.

Plan C is called CEV Moto2, which has gone through (for now only on paper) with only Tulovic, but the Supersport idea continues to remain in Kiefer's mind. "It is difficult to look for sponsors in this sad moment,” confirms Kiefer, “but between August and October we will understand what we can do. Currently I still have a Yamaha R6 from YART, which could come in handy for next season. "

Suppo: "We’ve got bikes and riders, we have to find motivation"