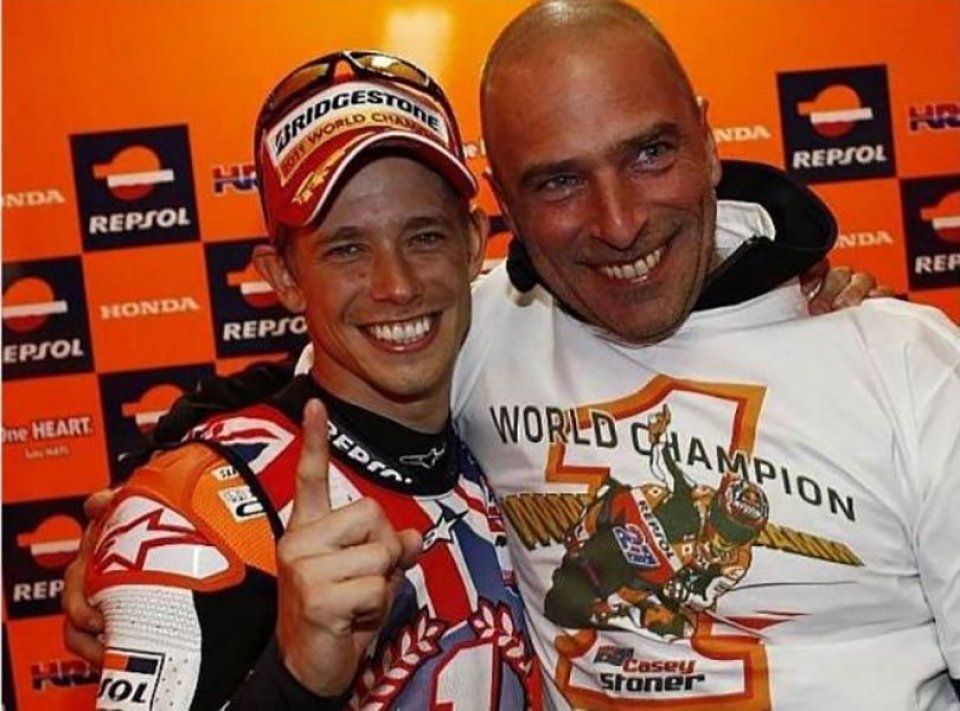 "With Casey, you passed from being a good guy to a bad guy in just a moment, and sometimes you didn’t know why."

This was what Livio Suppo, who was with us in a LIVE session a short time ago, had to say about the two champions yesterday, to the Gazzetta dello Sport.

The Italian manager, now the boss of Thok, which builds E-Bikes, was of course speaking about the man who won two world championships with him. One in Ducati and the other with Honda.

Livio has an immense admiration for the Australian, but also for Marc Marquez, who also arrived in Repsol-Honda under his management, and he gave an opinion of the two champions that may surprise many people.

"I think Casey would have suffered a lot from Marquez's personality (if they had been together, Ed.). Casey won 2 World Championships, Marc 6 in 7 seasons and this already says how complete he is. His biggest advantage is that he can stay calm even in the most difficult situations. After Phillip Island 2013, with the black flag for an error in the box, anyone would have been furious with the team; instead in the evening he was having dinner with everyone, he went to Valencia and won the title. Casey at Laguna Seca, after the duel with Rossi and the subsequent crash, was enraged, then at Brno and Misano he lost heart. He lost the 2008 title because he wanted to overdo things, it was his limit. Had he been more tranquil, he could have won at least 2 other World Championships.”