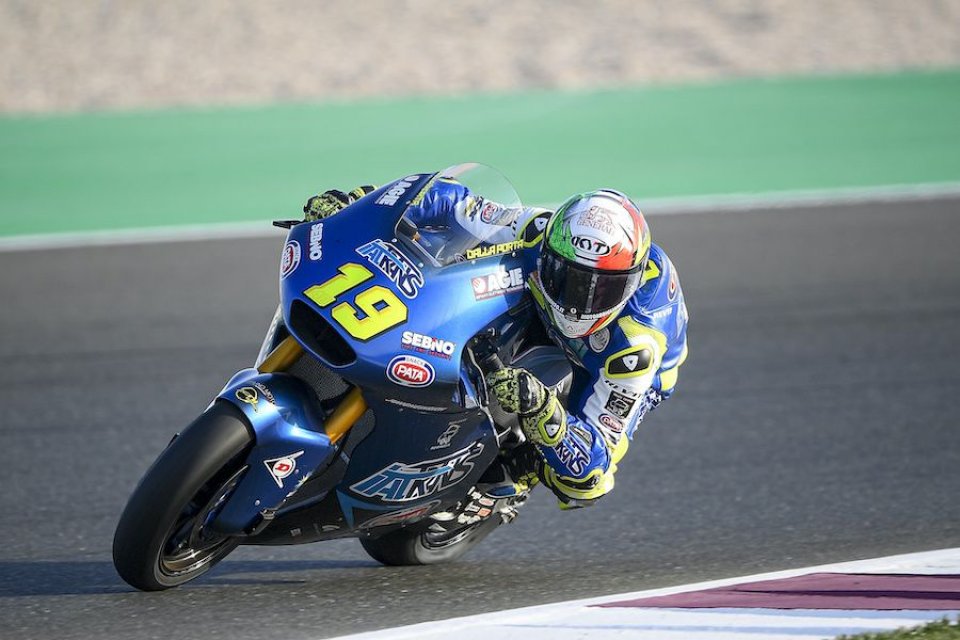 Among the most long-awaited riders of the world championship season that, for now, started and ended in Qatar, there's certainly Lorenzo Dalla Porta, Moto2 rookie, current Moto3 world champion, and the top of the crop of young Italian riders. But that weekend in Qatar was not a great welcome for Dalla Porta that, after having stood on the sidelines of the rankings on Friday and Saturday on his Italtrans team Kalex, then closed the first round of the season in 24th position, with over 45 seconds from Nagashima. Not the beginning that everyone would have wished for.

“The first race was a disaster," Lorenzo told us during a telephone interview. "This winter I added weights to my exercises in the gym, and I thought I was well prepared and, physically, I was. The problem was never having ridden such a big bike so, at the beginning of the season, I lacked the knowledge of a vehicle of that type. Then there was a lot of stress during the tests, and the desire to demonstrate something led me to think that my problems were bigger than they really were. From this aspect, the lockdown was good for me, because I thought a lot, and I tried to understand what to improve."

Now it finally seems like there's a date for the when the championship can start again: July 19th in Jerez. What are your objectives for this season?

“I hope they'll go ahead with this program. It would be nice to start in Jerez in July. Having an official date would also allow us riders to prepare and train properly. The important thing is do as many races as possible, so the idea of doing two races in the same circuit seems really good to me. As for my goals, I must say that the Moto2 is a very souped up category. I didn't expect such a speed, and such short gaps between riders. I'd like to get as close to a victory as possible."

Can a season of 12-14 races penalize your attempt to adapt to the category?

“Let's say I would have expected to do twenty races, and surely doing less is not good. But I don't have to think about being penalized. I have to be ready when it's time to leave because, if I think I'm at a disadvantage, I'd immediately start off defeated. The important thing will be to fix the things I did wrong in winter and during the first race, and try not to repeat the same mistakes caused by inexperience."

In recent weeks, the name of your teammate, Enea Bastianini, came up a great deal along with the Ducati MotoGP. How would you see him in the top class and on the Borgo Panigale bike?

"Enea definitely has the potential to do well in the MotoGP too. Obviously, I'd like them to say the same thing about me in the future because it would mean having done a great job in the Moto2."

Still talking about "moving up to the big leagues", who do you think is most ready among the Moto3 riders to move into the intermediate class?

“It's difficult to say. There are many great riders in the Moto3. Arenas seems like one of the most ready. He had a perfect in Qatar and, even at the end of last year, he was constantly among the top so, if I had to choose a name, I'd choose his. Anyway, this Coronavirus lockdown is upsetting everything a bit because, if there are only a few races, many teams will decide to keep their riders in order to continue working."