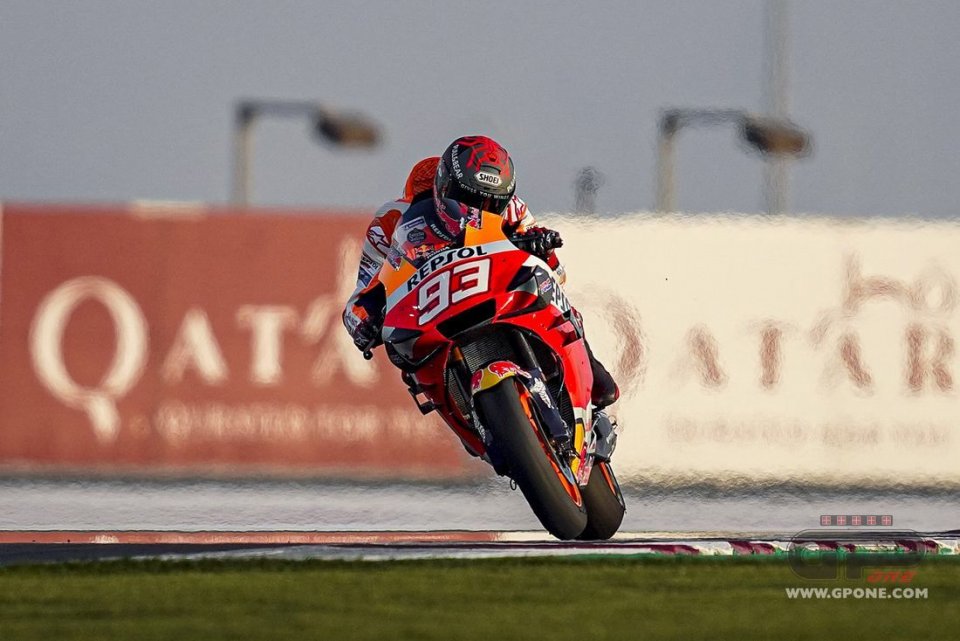 The 2020 official calendar has not yet been released, but in all likelihood, it will come out between late May and early June. In amongst all the indiscretions and the rumours of the last few hours, the MotoGP program now looks set to include two events at Jerez, the Red Bull Ring, Misano, Aragon and Valencia, to which would be added a race in Barcelona and Brno for a total of twelve.

If that were to be the case, there is no lack of curiosity to see how things will be on the track. Unfortunately, at the moment, we still have absolutely no idea about how this season will pan out, since not one MotoGP round has been held and the only clue is the winter tests.

However, if we Erase and Rewind the tape to last season, we can assess how the riders went and consider the results they achieved at the tracks listed above in 2019. So let's have a look in order starting from the Jerez round.

GP JEREZ - Marquez, Rins and Vinales. Ducati off the podium

Fabio Quartararo started at the front of the pack, but in the end his Yamaha thought it was a good idea to leave him stranded. Marquez took advantage and put on a show of force in front of his home crowd, taking the flag in front of fellow countrymen Rins and Vinales, with all the Ducati riders failing to get on the podium.

So, if there were two races in Jerez, Magic Marc would start with 50 points in the bag, while Dovizioso would find himself with just over half the points of his rival. For the Italian, it’s already an uphill struggle.

Marc Marquez is the Guy with All the Gifts. And if an unlucky Jorge Lorenzo gets involved, the game is even easier than taking candy from a baby. In Catalonia the #93 took no prisoners last season, making the most of the Majorcan Wipeout of Dovizioso and the two factory Yamahas of Rossi and Lorenzo.

What a pity…. on pace alone Dovi seemed to be the only one capable of keeping up with the Phenom from Cervera. But if stands stiff, etc. and Marquez's Honda took the flag in front of everyone else, followed by Fabio Quartararo and Danilo Petrucci.

GP BRNO, Marquez ‘Veni Vidi Vici’, with Dovizioso and Miller on the podium

The tracks might change, but The Song Remains the Same, with Magic Marc continuing to rule the roost. Even the Czech Republic becomes a land of conquest for the Spaniard, who takes revenge against Dovizioso, after the victory of the Man from Forlì the year before.

Missing in Action for Yamaha with Rossi only sixth and best M1 at the finish.

The Red Bull Ring is one of the fortresses that still remains to be ticked off Marquez’s list and Dovizioso gave the #93 a taste of his own medicine last year, sticking it where the sun doesn't shine at the last corner. In the event of a double race, Dovizioso would put 50 points together, while Marquez would just lose ten. All things considered, an acceptable loss judging by what we have seen so far, with Quartararo back as the fastest Yamaha in front of the Doctor.

Misano is expected to host the San Marino and Italian GPs, since Mugello is off the calendar. If that’s the case, we would see the colours of the Spanish flag all weekend long. It is impossible to forget how the race ended last year, with the #93 getting the better of rookie Quartararo and Vinales on the Yamaha.

Instead Ducati were Dancing in the Dark, with Dovizioso failing to get any higher than sixth place.

The story is rapidly becoming monotonous, as Aragon is one of those tracks tailor-made for #93. At this point we have to imagine another 50 points for Marquez, followed by Andrea Dovizioso, who at MotorLand limits the damage with a double podium for the Man from Forlì and Miller.

GP VALENCIA - Marquez-mania, Quartararo and Miller on the podium

Just enough time to end with a flourish, Law and Order: Marquez Victims Unit takes centre-stage at Ricardo Tormo, beating Fabio Quartararo in the last round of the season and denying him his sought-after debut victory in the premier class. Jack Miller is on the podium once again, while all traces of Petrucci have been lost some time before.

What does the analysis say so far?

Simple: the numbers say that apart from Austria, on all those tracks where the races will probably be held, Magic Marc would start as favourite, as in 2019 he always won, without even leaving any crumbs for his opponents.

His main rival would once again be Andrea Dovizioso, while a surprise is represented by Fabio Quartararo, who would be the best Yamaha rider ahead of Vinales and Rossi, unlike the last World Championship, where he finished fifth behind Rins.

Then there is one last interesting aspect, which concerns Ducati. The performance shown by Jack Miller would be better than that of Danilo Petrucci, who after the Sachsenring GP started to struggle on the red bike. In this ranking tied to a purely hypothetical 2020 calendar, and judging from the results of the previous season, the Australian would finish seventh in front of the Italian from Terni with a difference of more than thirty points.