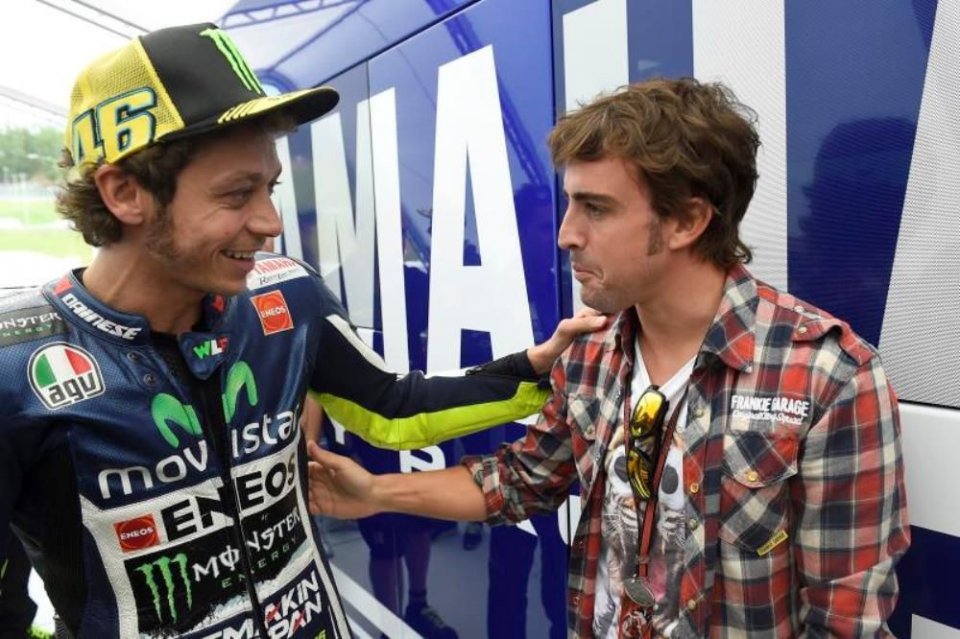 The advice of a champion ... to a champion. This is how you can summarize what Fernando Alonso said to Valentino Rossi during a live session on the Instagram profile of the 24 Hours of Le Mans, where the Asturian driver strongly encouraged the Italian champion to attempt the adventure in the most famous 24 hours race in the world. In any case, Rossi has repeatedly admitted that he has a penchant for four wheels, and his recent participation in the Abu Dhabi 12-hour race is only the latest confirmation.

“If I could give him any advice, I would tell him to do it, to try - explained Alonso - because it is a life experience. Obviously, he should prepare for the race well, since everything is very professional and competitive: it's not just about endurance, also because there is no time to relax.

The two-time F1 champion and winner of the last two editions of the French race also underlined the importance of the mental aspect, something that Rossi has also been careful about throughout his career.

“You have to work mentally because there are a lot of particular moments to manage. During preparation you have to worry about food and everything else: do what you like, but you have to work a lot. Another aspect that I appreciate about the 24-hour world is the relationship with colleagues and teammates, it's all much less tense than F1. "

Alonso obviously also spoke about the emotions he felt in winning the 24 hours on the Sarthe circuit. "It's something unique, a truly better experience than expected. The night, the fans, adrenaline mixed with passion, in the end you would almost like the race to last longer."