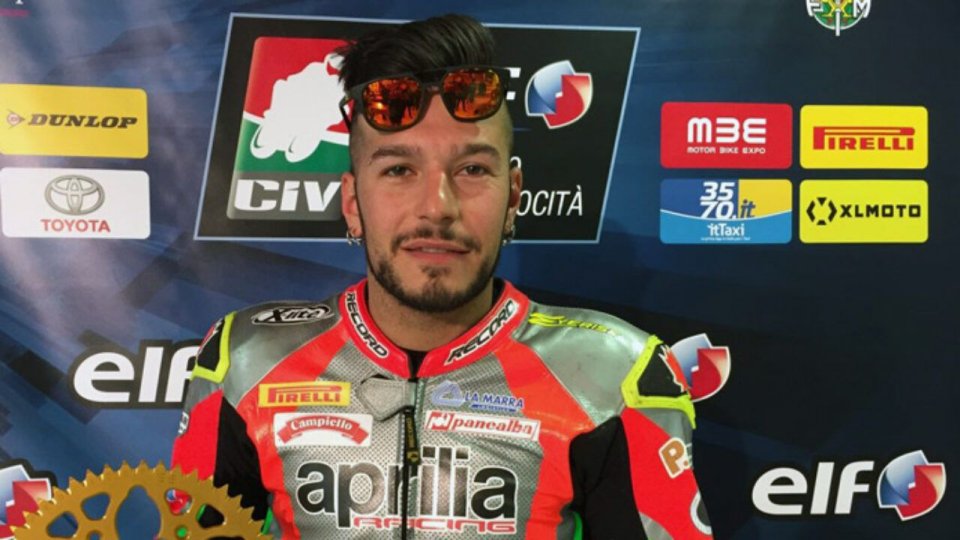 Even the bikes seem destined to start again with the arrival of summer, and the first championship to take off could be the CIV. A few days ago, during an interview with Enzo Chiapello, we had anticipated the will to start the Italian championship in late June, and this was also confirmed by the Federation. In the interview with Chiapello, owner of the New M2 Racing, we also talked about the riders that the team will bring to the track, and one of the most interesting names is certainly that of Eddi La Marra.

"In 2019, I won the National Trophy practically unrivaled," Eddi told us during an interview. "In 2020, however, I'd like to do well in the CIV and maybe use the National to recover a few kilometers. After my injury, I lost a lot of time away from the track, and now I'm not where I want to be yet, but I'm working to get there."

“I'd like to be in the top five, but I know it will be complicated, since there are some very strong Ducatis on the grid and the RSV4 is a dated bike. Besides the technical issue, I feel I'm behind compared to other riders. I still have to recuperate something to get to their level."

You said about the RSV4, maybe the development of such an "old" bike has reached its peak?

“We had proof of this last year with Lorenzo Savadori. He's very strong and knows the bike, but he still lost against Pirro and the V4. I can't say what Aprilia should do. I just have to thank them and Nuova M2 for the support they gave me in the National, but the RSV4 is now ten years old and, if they update it, I'd be really happy."

Eddi, could 2020 be the year of your return among the "bigs" of the CIV. What's your secret wish?

“I know I'm old, and there's no point in kidding itself. My dream isn't to return to the World Championship, even if a certain Troy Bayliss entered the SBK when he was 31, but there aren't many like him around. I'd like a Wild Card. That's my dream right now."

After your terrible accident, what makes you get back on the bike every time?

“Riding a motorcycle is the only thing that makes me feel alive. I know that if I were to accidentally hit my head, even half of what I did in my accident, I could die. But I don't care, getting on the bike is the thing that gives me the strength to keep going. The day I start letting up on the throttle for fear, would mean that my career is over."

Do you follow the SBK World Championship from home? What do you think? Do you still have fun?

“Unfortunately, the SBK World Championship is no longer what it used to be, for various reasons. There were great riders once. In 2000, I went to Monza, and I was at the Variante, where Bayliss did a quadruple overtaking. Now everything has changed due to regulatory changes, ownership, and Rea's dominion."