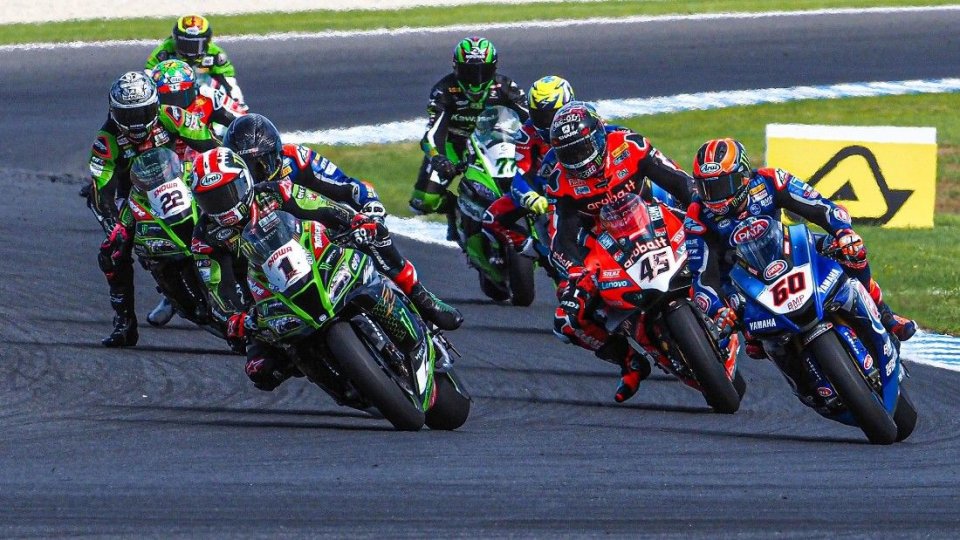 MotoGP has already set the date, which will be 19 July in Jerez. Our colleagues at Speedweek have communicated this news, after having contacts with Dorna last week. If the road ahead seems to have been traced for MotoGP, the coronavirus permitting, nothing has been said about Superbike so far.

In the last few hours, however, we have been trying to understand more through sources inside Dorna and the organizer is certainly not being idle in this regard. The priority of Lavilla and his staff is first of all to obtain certain answers from national governments, obviously in relation to the spread of the virus and the contagion index. This is the key matter, around which the challenge of holding the 2020 world championship is played, even before seeing how and where to move.

At the same time, however, in Dorna, there are ideas about how the restart should go ahead, and all indications point to Spain. In fact, the Aragon track will possibly host the inaugural round of the restarted championship following the event in Phillip Island last February. However, there is also the possibility of bringing Jerez forward to the week after the MotoGP race, or July 26, should that championship start seven days before. In short, MotoGP then Superbike the week after.

Apparently, the dates around which the production-derived series revolve are those of July 26 or the following week of August 1-2, with Aragon-Jerez a possibility. This is currently the idea that is doing the rounds within Dorna, although we will have to consider the evolution of the virus, which continues to hold centre stage.

As you may remember, shortly after Easter Dorna had issued a provisional calendar. At this point it can be thrown in the bin, since the planned one will be completely revised and a new one published between late May and early June.

The feeling is that the 2020 championship will be virtually held between Spain, Portugal and San Marino. In the Iberian Peninsula, the Barcelona track will be used, as will Aragon and Jerez. In Portugal, the spotlight will be on Portimao, and then finally Misano in Italy, even though the date of the Riviera Round could be moved or brought forward.

The cancellation of Argentina is virtually a foregone conclusion, since Dorna has no intention of going outside of Europe. Magny-Cours, which in addition to the limitations imposed by the government on sporting activities, does not seem to be interested in holding races behind closed doors.

When things eventually get underway, the organizer's goal is to plan a collective test in the week before the scheduled round, as has been the case for years in Phillip Island, so that teams and riders have the opportunity to work to get everything ready.