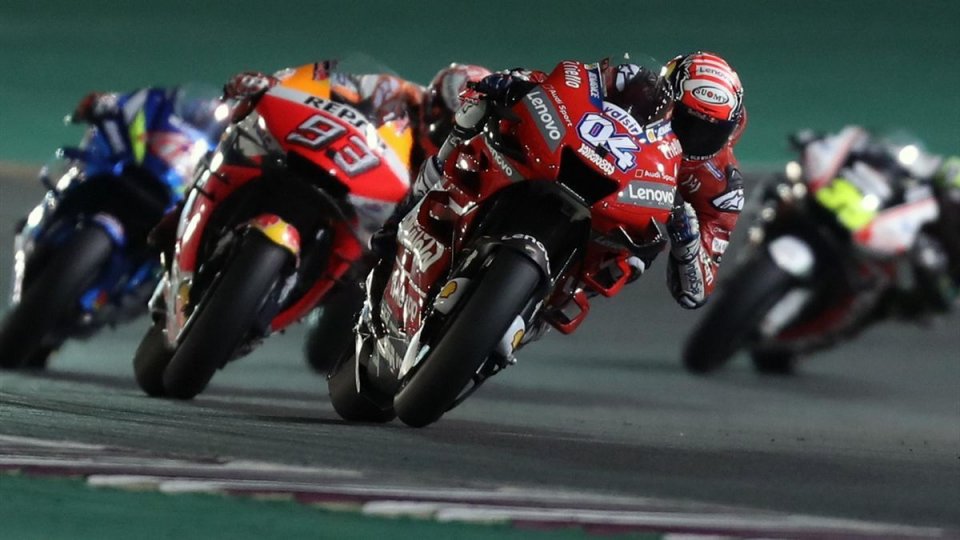 Let’s be honest about it; it was the dream of all of us. In a 2020 where COVID-19 has put motorsport with its back against the wall, by upsetting the schedule of races with postponements and cancellations, everyone’s hope was to see the stars of Superbike and MotoGP together in a single weekend.

It was an idea that had us licking our lips with anticipation and one that had already made headway amongst people working in the sector. Yes, but where? There was talk of the possibility of joining the two championships together in Losail, so it could become a sort of grand finale of the season. Furthermore, Qatar offers mild temperatures even in the November and December, so for this reason it seemed to be the perfect place. As if that were not enough, to give further credit to this idea was the statement by Juan Baquero, president of the Circuit, who expressed with satisfaction the willingness to welcome both categories in a single weekend.

Time, however, has made us realize that the idea was melting away like snow in the sun and on Thursday the definitive confirmation came from Carmelo Ezpeleta. On the occasion of the Live social media session on our Facebook and YouTube channels, Dorna's number one told us exclusively that we will never see Superbike and MotoGP together.

It is therefore pointless wasting time dreaming in vain, also because the motivation is simple: "Seeing MotoGP and Superbike together will never happen - underlined Carmelo - SBK would only increase the costs and would not bring any more profits". About the first point, only higher costs from the production-based series. Yeah, but what costs? This is the issue we want to focus on, and we will investigate in the next few days with the managers of the production-based championship. Moreover, let's say that there was this increase in costs, just how big an impact would it make on the Circus?

This is precisely one of the issues on which we would like to shed some light. As well as that, Ezpeleta then underlined other reasons why the two worlds could never coexist: "The circuits would not pay more and not even the TVs, the same would apply to the sponsors". So, that drew a line under this subject for good.

As for the calendar, however, the boss of Dorna announced that at the moment the only certainty comes from the European races, so as a result for Superbike the Argentinian round at San Juan is at risk. Finally, the proposal of the famous winter calendar, from September to May, put forward by the independent teams, was totally rejected: “We never even talked about it - Carmelo concluded - when we see what the first circuits where we can race will be, we will act accordingly; one idea is to organize the SBK race the weekend after the MotoGP one, on the tracks where it will be possible. However, we will not go beyond the end of November ".