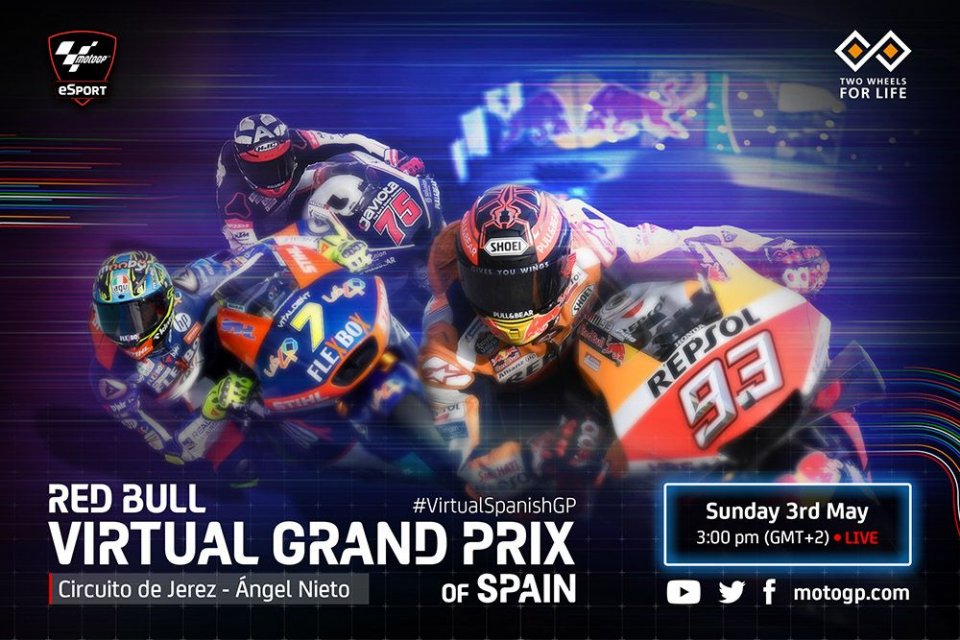 The Virtual Spanish Grand Prix will take place on Sunday at 3 pm, with the MotoGP, Moto2, and Moto3 classes (digitally) battling each other. Riders will face the challenge with the new official MotoGP 20 video game, created by Milestone, on the legendary Jerez-Angel Nieto Circuit in Andalusia.

This time, however, there's more than glory at stake, since the event wants to help the official MotoGP Two Wheels for Life charity towards supporting the fight against Covid-19. The fundraising campaign is already active, and Dorna Sports has already made a 20,000 Euros donation. Fans and supporters can make their own donations HERE, and links will also be available on social media channels while the Red Bull Virtual Spanish Grand Prix is being broadcast.

Two Wheels for Life works works with its partner, Riders for Health, in several African countries. Healthcare workers with Riders for Health use motorcycles to get to communities and villages that are difficult to reach, providing services such as vaccines for children and emergency medical transport, as well as ensuring that test samples are taken to labs and quickly returned to allow for diagnoses.

For 30 years, they have allowed healthcare workers to reach remote areas, and their endeavor now is more vital than ever before as the world fights the Coronavirus. The Red Bull Virtual Grand Prix of Spain is part of a new campaign to raise funds for the fight against Covid-19 in countries where Two Wheels for Life and Riders for Health operate. The money raised will go towards providing healthcare, test results, and supplies to hard-to-reach areas.

As mentioned, the campaign to support this vital endeavor is already open and will last up to a week after the Virtual Grand Prix of Spain, so there's plenty of time to donate.

The GP will start Sunday at 3 pm, and the highlights of the qualifying sessions will be shown before each race. The Moto3 will be the first to take to the track, followed by the Moto2, then the MotoGP.

Rea: “Sunday I want to feel happy, regardless of the ending”