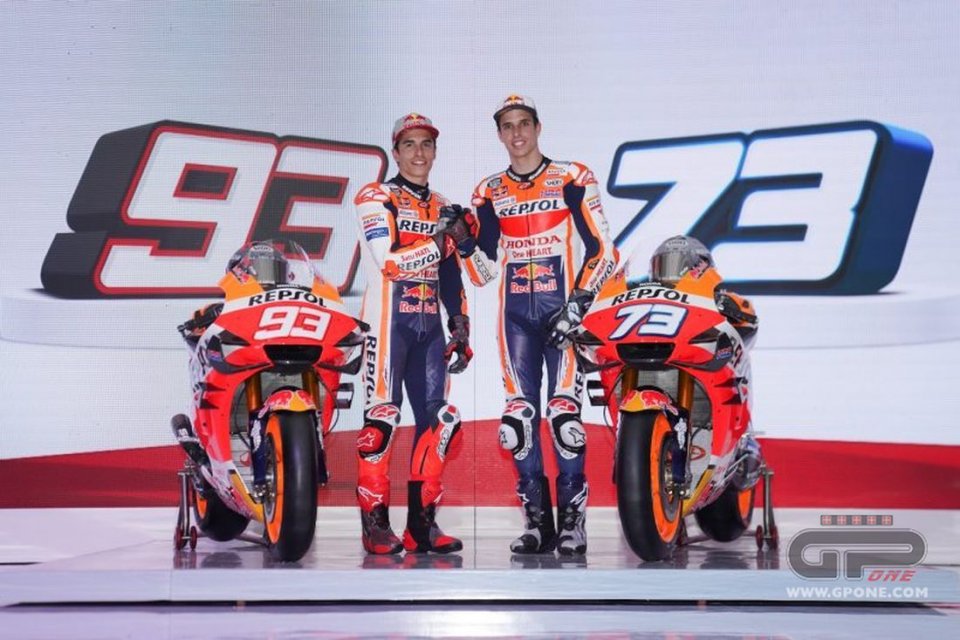 There are many ideas right now for the future of the MotoGP. Many proposals, but no certainty. The World Championship must first understand what and when to start again and then think about its future, because the system (and this a fact) will have to change.

To keep costs down, they had already decided to suspend engine and aerodynamics development until 2022, but Marc Marquez went further. In an interview with Marca, he proposed something similar also for the rider contracts as well. The Spanish champion has already signed a renewal (for 4 years), but only Vinales, Quartararo, and Rins have done the same. This means that most MotoGP riders don't know what will become of them in 2021.

As Valentino Rossi explained yesterday, they'll have to decide in the dark, at least those who have strong bargaining power to do so.

That's where Marc's proposal comes in.

“The situation is difficult. I've already renewed for four years with Honda. It was a risky bet on both sides, but I think it was a good one," he explained. "There are, however, many who have not yet signed a contract, who must prove they deserve a place in the MotoGP, Moto2, and Moto3 and, among these, there's my brother."

How do you solve the situation?

"I think the teams will have to have tact or a slightly open mind, " he said. "Bike development from 2020 to 2021 has been suspended, and I think it's a good thing because the team budgets will also be affected by this pandemic. Why not do something similar with the rider contracts? They could suspend them, as if this year had never happened. But these are things that are beyond my control."

This solution would ensure that Marc would also have his brother on the team in 2021, but it was Alex who had doubts about this proposal.

"I want to race and earn my renewal through results," he said. "As a rider, I wouldn't like to sign a contract without racing. It could happen, but I hope it won't."

The American sets second pole of the season ahead of Lowes. 10th Marini, 21st the leader Nagashima
3 hours 5 min ago

"I changed positions on the bike several times, but we lost our direction. There's still room for improvement, but there's only the FP3s left."
5 hours 2 min ago

"Unfortunately, there was no grip on the track in the FP1. But, here, in Portimao, the sensations are much better than in Jerez."
6 hours 49 min ago

Alvaro: "we made some small adjustments this afternoon and these gave me more confidence. Haslam: "I’ve been suffering from an abscess on a tooth...
23 hours 27 min ago

"Tomorrow morning, I will return to Italy to be operated on as soon as possible." He will be admitted to the Ancona hospital
1 day 17 min ago