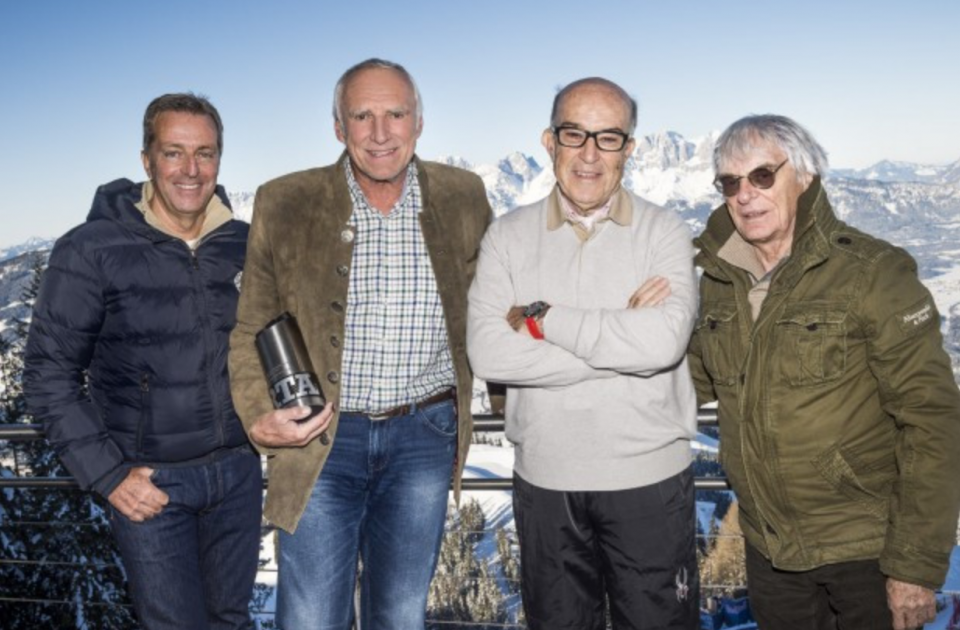 We're back and talking about both calendars and Grand Prixs, at the first faint hypothesis of a "Phase 2".

The example of the Australian F1 Grand Prix, canceled when the public was already at the gates, must not be repeated. So to spruce up its image, the first high-level motorsports category that will be restarting will be the F1.

Not surprisingly, the circuit chosen for the relaunch is the Red Bull Ring, owned by Dietrich Mateschitz, whose private assets amount to 22.5 billion dollars.

So the Red Bull Ring can afford to face a Grand Prix behind closed doors on July 5th, without an audience. That's what the richest man in Austria said.

The MotoGP will follow on the same track August 16th, that's if the early start in Brno doesn't happen the week before. This circuit is owned by Karel Abrahan senior, Karel's father, under the Ducati Avintia team until last year.

Like we have mentioned several times, in order to limit travel, it's more than likely that they'll decide to have two Grand Prix races on the same track, but not on the same weekend.

To comply with TV broadcasting contracts, the races will have to be aired on different weekends, but this will prevent unnecessary travel.

If the F1 has about 2,000 people to move, since the teams need at least 60 people to manage two cars, as compared to 30 in the MotoGP, the latter is preparing to have half. In addition, the maximum expression of car racing needs more staff on the track to move the cars in the event of an accident.

As we had already anticipated, journalists will not be counted in the number of participants, but it's likely that there will be PR to organize press conferences for those that are "permanent" - as was already done by Suzuki in recent days - through videoconferencing platforms such as Zoom.

Still to be organized is the structure of the race because, if two Grand Prix races were held on the same circuit, it would be useless to test on Friday as well, so they're thinking about a reduced program.

As for the classes, Carmelo Ezpeleta has repeatedly confirmed his willingness to have all the categories race and, after Hervé Poncharal, Irta's president, spoke about the risk of having to do without the MotoE, it seems that the FIM Cup reserved for electric motorcycles has received the green light, thanks to the clout of the seemingly inevitable electrification… of the sponsors.

What follows, at this point, are simple rumors: Spain could maintain three Grands Prixs with Valencia likely destined to fall through. As for Italy, on the other hand, unlike the Monza F1, the possibility of racing at Mugello is also highly improbable even if, like we've said many times, it would be an opportunity to race two consecutive GPs.

The GP in Argentina is also uncertain, if they won't be able to go to the United States: one trip would be too expensive.

The goal is to have 12-13 Grand Prix races, with a championship closing in Europe, and transfers in Asia.