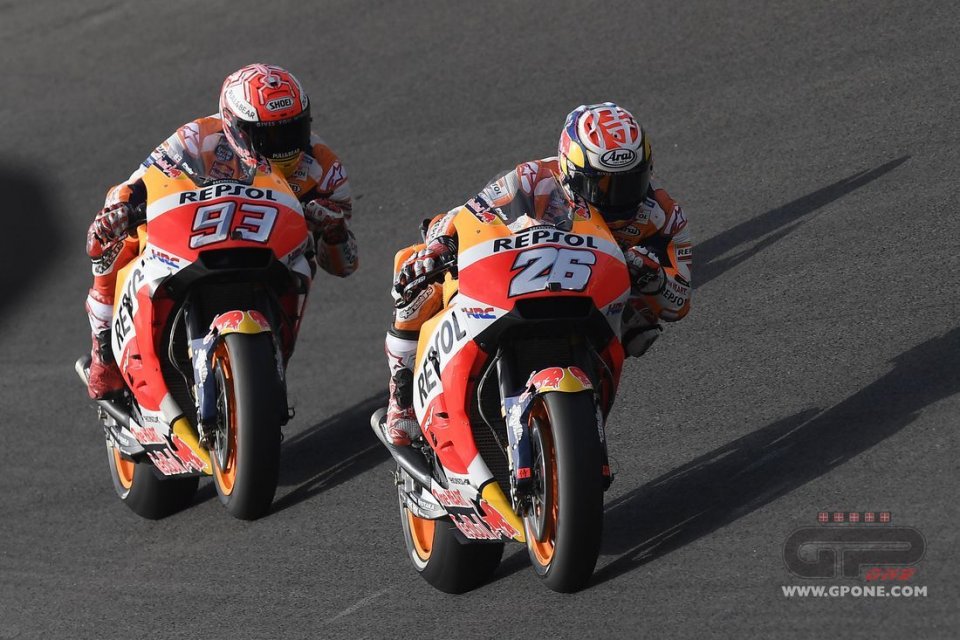 Dani Pedrosa is still in the hearts of many fans and many of them would like to see him back on the track. He is not thinking about a return but continues to enjoy himself in his role as a test rider with KTM. The Spaniard was the subject of a long chat on Franco Bobbiese's Paddock TV program.

Dani talked about his career and also gave his view of three champions with whom he shared the track and, in some cases, the box: Valentino Rossi, Casey Stoner and Marc Marquez.

“Valentino has attracted many fans to the sport and has won a lot; he is a great fan of racing, he has done well for MotoGP - he explained - Even today, from a mental point of view, for him it is still as if it were the very first day. He doesn't race just for the sake of racing, but because he wants to win at all costs ".

"Casey is a natural talent, he didn't care what track he was on or what the conditions were, if it was sunny, raining, day or night: he just got on the bike and opened the gas - he said - He was not a rider who thought too much about things, he didn’t need everything to be perfect, he just went fast. He was an animal, in the good sense of the term ".

“Marc is special, he unites Valentino and Stoner - Dani said - Sometimes he goes extraordinarily strong like Casey and sometimes he is charismatic like Rossi, this is what I saw being in the box with him. He also wins a lot,” he added smiling.