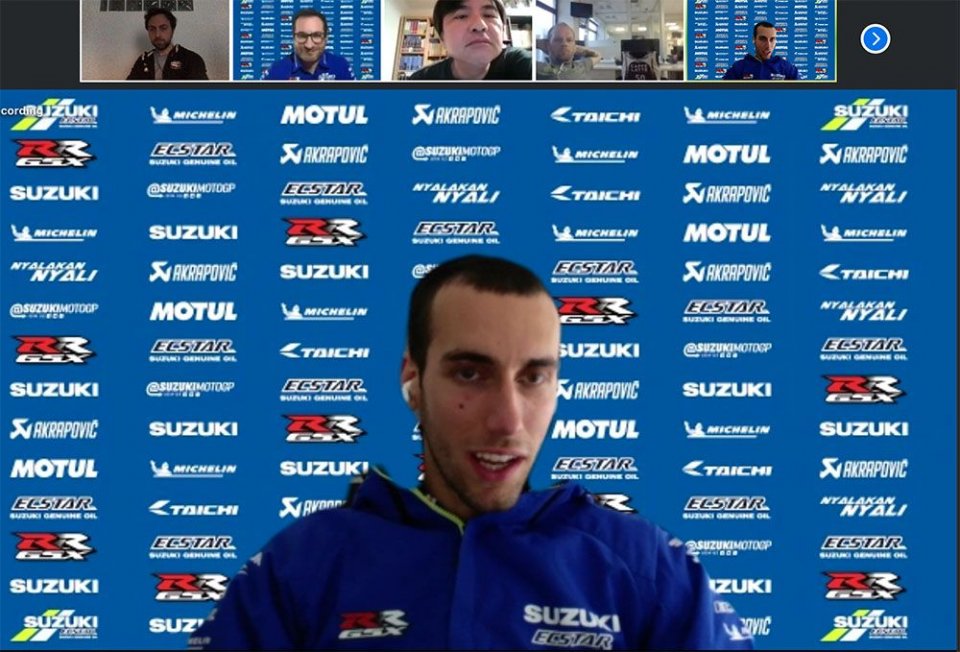 These days if you look around, you cannot only find virtual Grands Prix but also virtual press conferences. And it came to pass that we can find Alex Rins, fresh from his two-year contract renewal with Suzuki, who has been meeting up with journalists from behind his computer screen. It is an unusual appointment for sure, but one that could become a habit in this period of emergency. However, the Spanish rider was able to answer questions and tell how he is going through these days.

"First of all, I must say that I am super happy to stay another two years in Suzuki and to be able to continue my growth, I am sure that we will be able to achieve good results together - he said - Why did I choose to stay? I like the people who work with me, my team, I do not mind going racing because they are really my second family. This is the first aspect, then I tried our bike in the winter tests and I realized that it is improving and that in development they had gone in the direction I had asked for ".

Many observers say that the Suzuki is one of the easiest bikes, if not the easiest, in MotoGP.

"This bothers me a bit, because it seems that Mir and I are ahead because the bike is easy - Alex admitted - It seems easy, but in the end, you have to take it to the limit. The GSX-RR has great cornering speed. it's true, but the others are faster on the straight, so you have to push hard to recover. "

“I had other options, but I never sat down at a table to go into them - he confessed - I started talking with Suzuki about this renewal last year, in the Argentine Grand Prix, and I signed the contract a couple of weeks ago. I would have liked to announce it after a podium, but it went differently ".

Like everyone else, Alex is also on lockdown in his home in Andorra.

"And I am lucky, because we can go out for an hour a day, staying one kilometre from your home - he explained - I know that in Spain the situation is improving a bit, but I prefer not to watch the news. It is not easy for anyone to stay at home, both mentally and physically. I am trying to train with what I have: I ride a bike on the rollers, do some exercises, not much more. I'm with my dogs and I'm trying to teach my girlfriend to play on the PlayStation. "

But he also found the time to make her a marriage proposal.

"She is in her last year of university, I wanted to wait, but I bought the ring the day before the restrictions. We are at home together, and I couldn’t wait to do it - he said - It was a real surprise for her, but we have not yet decided on a date for the wedding, I think it will be next year ”.

“In a way, it's as if all the riders had retired and so I started to think about what I will do when I no longer ride a motorbike. Well, I don't know what I'm going to do," he smiled.

It is better therefore to think about starting again. Nobody knows when there will be the first GP, but the riders will surely have to deal with a long break.

"We haven't been on the bike for a long time, since testing in Qatar - Alex recalled - The first time we get back on a MotoGP bike will be tough, a bit like when we do it in Malaysia after the winter: at the end of the first day you feel bad everywhere. It is normal, but this does not mean that I would like a day or two of tests before leaving, I would prefer to start the race immediately without wasting time ".

Rins also has no worries about the consequences of the freezing of development until 2022.

“I don't think it will be a problem – he said – As I said, our tests went well and I had also seen that other bikes were competitive, starting with the Yamaha. The Honda had a few more problems, but we knew it would solve them. " 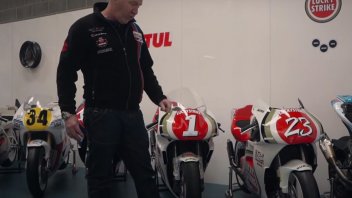 New sponsor for Franky: the automotive industry is one of the main sectors in which Belotti solutions are applied and have always been appreciated,...
18 hours 8 min ago