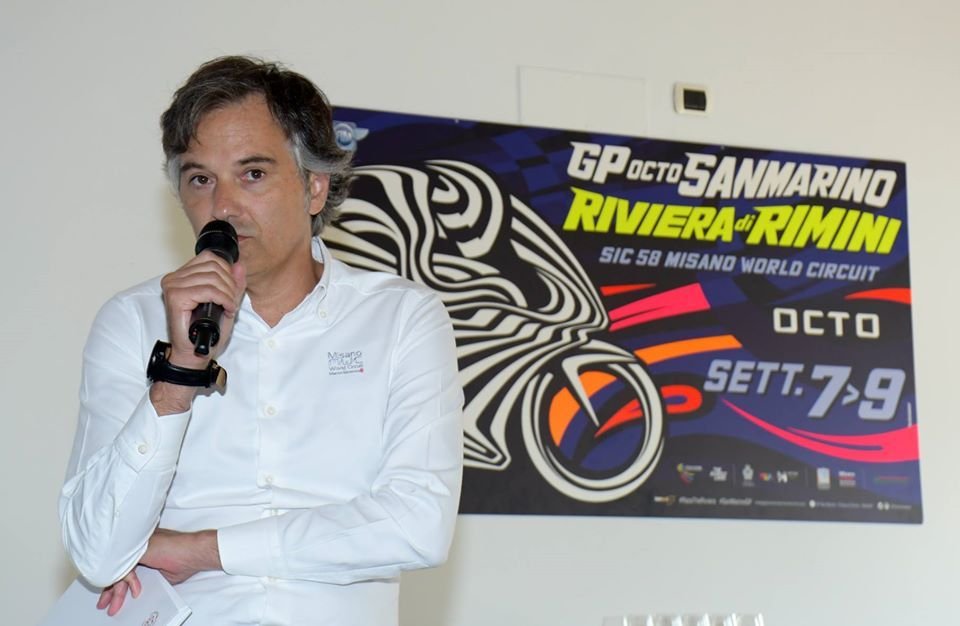 It is not only the riders and circuits that are suffering from the forced break of the championships, but obviously also the circuits. The Misano World Circuit "Marco Simoncelli" for example was preparing to experience a 2020 full of events, from MotoGP to Superbike as well as World Ducati Week, but they had to revise their plans due to Covid-19. Andrea Albani, Managing Director of the circuit, the man who, together with his team, is attempting to steer the ship in this unpleasant and atypical situation, is fully aware of this.

"When the emergency began to emerge, we had just successfully concluded an event tied to the sporting associations in the area” said Albani, “and we had started the resurfacing of the circuit. It was not yet clear whether or not there would be a lockdown, and when the risk became certain we were milling the track, with the possibility therefore of it being closed down and unusable. We made a lot of effort, and we finished work the day before the lockdown started.”

“Unfortunately, we had to suspend this work: when we resume, it will concern the safety of the construction site, while its completion is postponed to a date in the future. Obviously, we would like to continue, but we will probably complete everything between 2021 and 2022. The circuit has made great steps forward in the last period, a cycle has begun every five years: Dorna knows the importance of the hub that surrounds the circuit, there is great collaboration and desire to start again ".

Have you made a first calculation of the losses?

"We are making several considerations, but at the moment the only certainty is that we have lost two months of work. We will probably have a 40% loss, but the value could change based on what will happen: even if MotoGP could be held with open doors, the numbers will certainly not be the usual ones, but we'll see. "

What are the most realistic ideas about the dates on which the various championships will start again?

"The general idea is to restart the national championships from mid-July, with the international ones in August. As for SBK, we decided to move the round to November as a precaution, in agreement with Gregorio Lavilla: it is not the best in terms of climate compared to the summer, but it could be the final event and there could be the possibility to open the circuit’s doors to the public. We have many important events to reschedule, such as the GT World Challenge and the Misano Truck Grand Prix, and I think the event that will mark the restart will be the CIV round in mid-July, even if there is still no certainty. "

What is the situation regarding the MotoGP event in September?

“We have decided that we will make the final decision in June. We are talking both with Dorna and with the promoters, to see in what form the event can take place: on our part there will be the maximum commitment to carry out the event in the best way; even holding it behind closed doors would be useful for us, for relaunching the Rider's Land and the entire Adriatic Riviera thanks to the visibility of the championship ".

If EICMA were to be cancelled, would it be possible for manufacturers to set up small stands to present their new products during the SBK round?

"Why not, it could be a viable idea. On our part there could be all the necessary collaboration, but obviously it depends on the situation: the presence of a commercial area does not clash with Superbike, and our paddock would have the right amount of space to host it, so potentially it is something that we could do ".

Is there a common intent between circuits in this difficult situation? At least in Italy…

“There is an association that binds the Italian circuits together, and through this every week we have a sort of crisis round-table, to manage the protocols with which to reopen the circuits with the federations. We are trying to understand how we can host the first races and the first events, which will probably be behind closed doors. Maybe we will get out of this crisis in a more systematic way, there is a lot of talk between circuits in this period”.