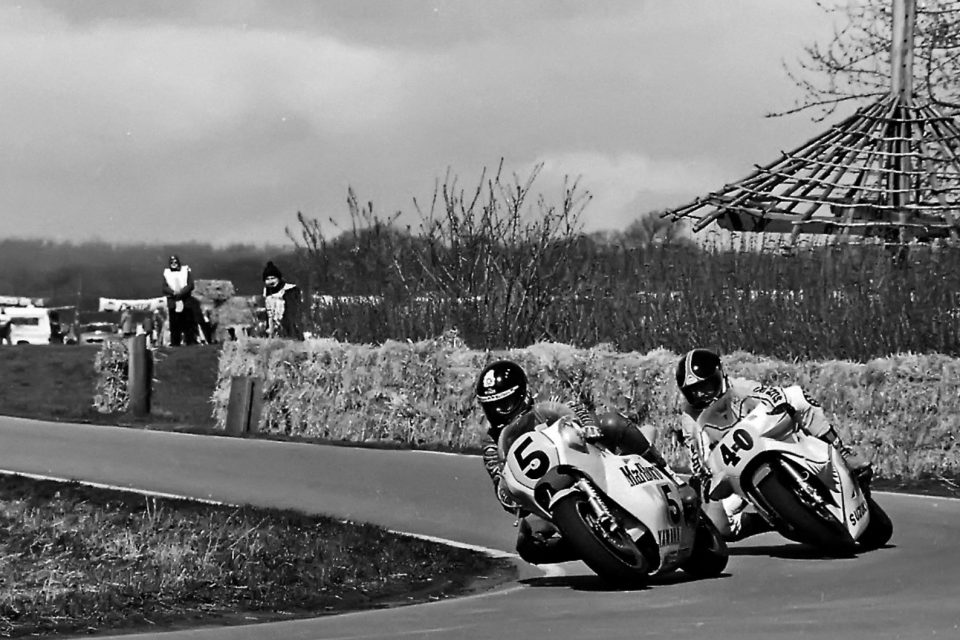 Facebook is an inexhaustible mine of anecdotes, if you are lucky enough to have world champions of the old Continental Circus among your friends.
This one, for example, was written by Jon Ekerold, world champion of the 350 in 1980. He won the title at the old Nurburgring after an epic duel at the wheel of his Bimota Yamaha with Toni Mang and his Kawasaki.

"I have very few regrets in my life, but one of them was that I never got the ride in the Agostini Marlboro Yamaha team.
One morning, just after Christmas 1981, I received a phone call in South Africa from Ago asking me if I would be interested in joining his team for the 1982 season. It was a strange call as, believe it or not, I had never spoken to him in all the time I had been involved in GP racing, and to be honest, I was totally unaware that he even knew who I was. I was taken completely by surprise, and other than mumbling something incoherently on the other side of the phone, I must have obviously made a bad impression, as I never heard from him again.

As it happened, Graeme Crosby and Graziano Rossi were employed to pilot the beautiful 0W54 Square-4's, while I started my first full season in the 500 class on my private RG500.

At the season's opening event, the Hengelo international in Holland, I was taken completely by surprise to see Ago's Marlboro team in the paddock, as it was unusual to see any of the works teams at the early season internationals. They had obviously decided though, to have an outing in order to prepare for the first GP in Argentine.

While I managed to lead the early laps, Croz soon came storming passed me to illustrate exactly why a top class works machine in the right hands was the recipe for success in the 500 class".