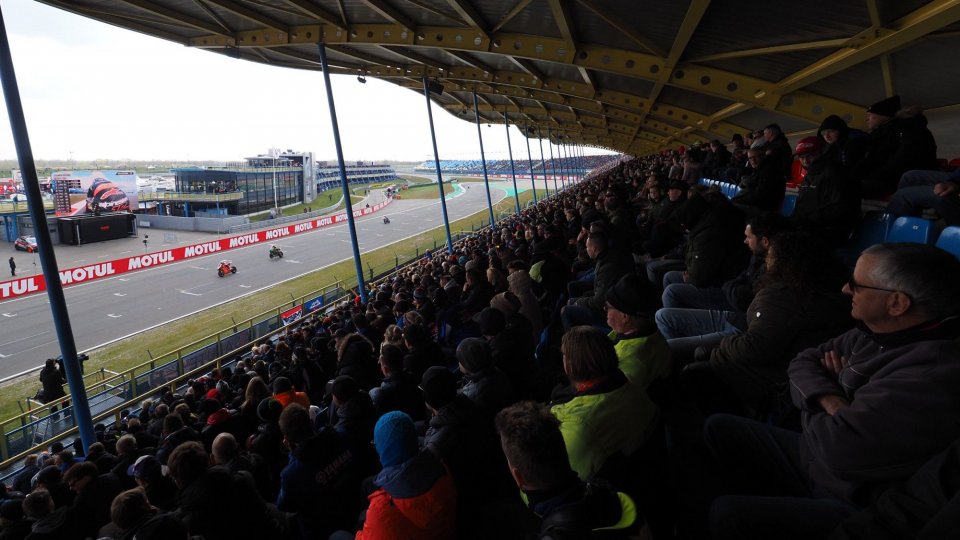 Germany has banned all sports events until August 31, while the Netherlands has set September 1 as the deadline. Two items of news that certainly have not escaped Dorna, which has immediately been forced to revise the calendar released one week ago.

As we can well imagine, the situation is constantly evolving, so as a result it becomes difficult to see what can be done. At the moment there is still nothing official from the Organizer, although it is plain for all to see that after Imola two more rounds will disappear from the 2020 Superbike calendar.

The first is the German one at Oschersleben, which was scheduled to be held on the first weekend of August, the second one instead at Assen on 22-23 of the same month. With the current state of affairs, the start of the World Championship remains scheduled for early July at Donington, but it is highly unlikely that this will go ahead. Following a halt on all motorsport events until June 30 in the United Kingdom, the British round is destined to be cancelled.

In fact, rumours are going around that this year SBK will not be going to Great Britain and consequently we just have to wait for August to try to start again in one way or another. Obviously, we will have to see how much the situation related to the spread of the virus and all the containment measures will have improved. Dorna's idea, however, is to try to bring everything forward to early August, inserting Aragon as the first date after the long break since Phillip Island. Then, head to Portimao in September. If this were not to be the case, SBK would start with the Aragon-Portimao back-to-back, and then resume the championship at Barcelona.

There are lots of question marks on the horizon however, even if the Organizer's intention is to hold as many races as possible. Numbers at hand, there are only 7 left (Aragon, Portimao, Barcelona, ​​Magny-Cours, San Juan, Jerez, Misano), hoping there will be no other defections along the way.