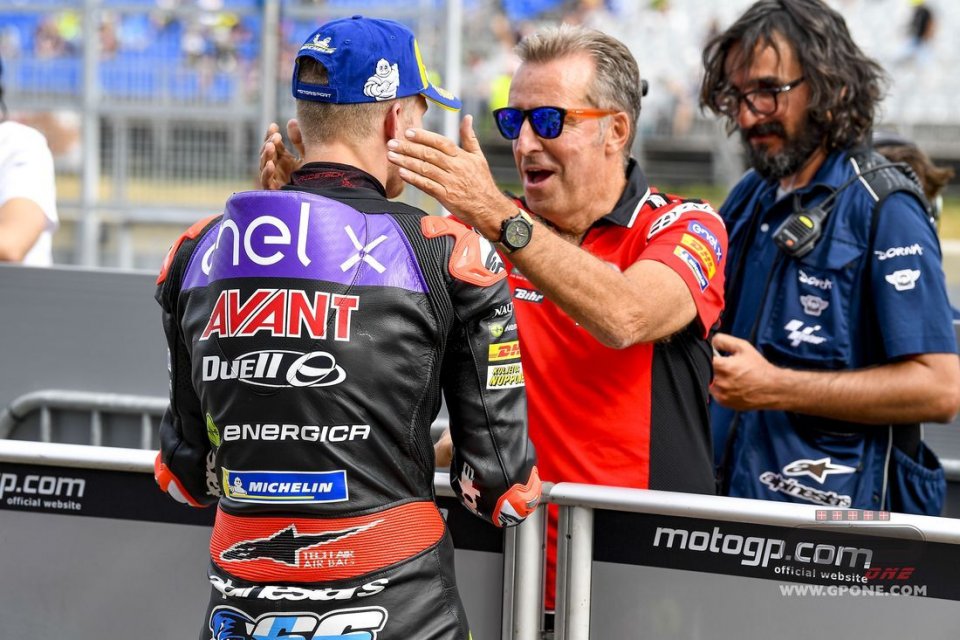 In our recent interview, Hervé Poncharal, IRTA'S President, explained the efforts that are being made to try to restart the World Championship. In that context, he also spoke of the MotoE, the class dedicated to electric motorcycles, saying that the "Moto3, Moto2, and MotoGP are the priority at the moment." The speech was related to the fact that, in all likelihood, they will have to deal with a maximum number of people in the paddock, and having the MotoE race would also mean adding a hundred more.

Poncharal wanted to return to the issue, going into more detail on what his position is on the MotoE.

“Not only myself but the entire world knows that the future of mobility will be increasingly connected to electric propulsion. I was with Carmelo Ezpeleta when the idea of introducing the MotoE class was born, and we were all enthusiastic about it. I was a supporter, and I race with my team in that championship too," he emphasized. "I can see what the Energica bike's performance is and how important it is to work in this technology to prepare for our future."

IRTA's president then spoke of the possibility of having races this year.

"I simply said that it's not easy right now to organize a Grand Prix with all the people who were previously involved, because one of the problems is the maximum number of people who will be able to travel ," he said. "It's clear that Dorna's goal is to have the MotoE races in 2020, at it has all my support."

“The MotoE is an important part of our championship. I really liked the first season in 2019, and we all can't wait to develop it. We already saw, during the first tests at Jerez, how the bikes are more powerful, the batteries last longer, and all the riders understood how to make the most of them. I apologize if I gave a different impression and would like to clarify that the MotoE is an essential part of the MotoGP," he concluded.