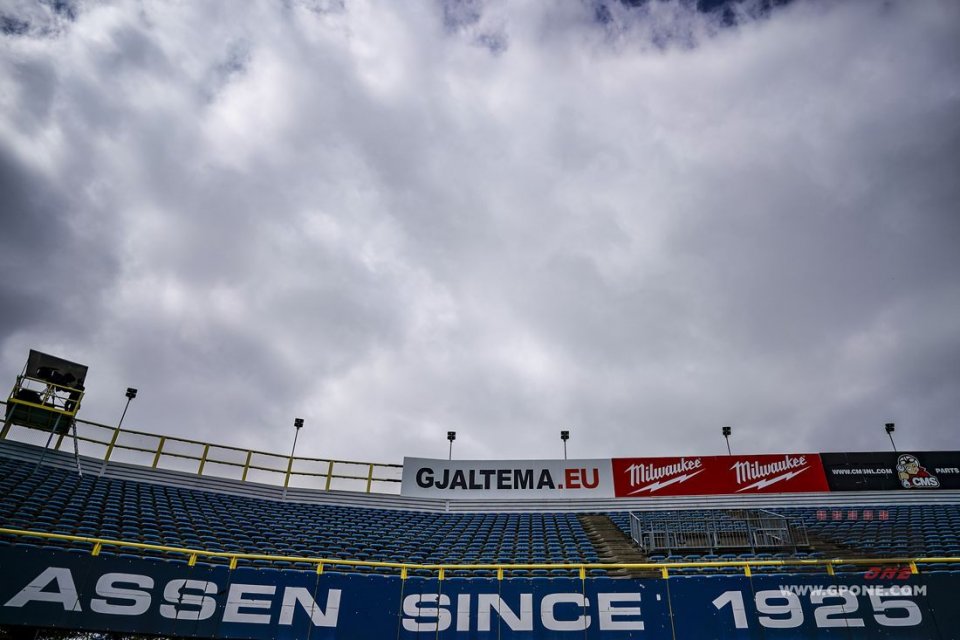 Assen is the only circuit to have always hosted a World Championship race since 1949, but the Coronavirus epidemic spares no one. After the latest updates, the first Grands Prix (only theoretically) on the calendar are those in Germany and the Netherlands, scheduled for the second half of June. However, it is practically impossible for these dates to be respected.

Speaking of the dates in June, former president of the Assen circuit, Jos Vaessen, confirmed this on the ad.nl website: “We do not believe it is possible to organize an event with 100,000 people. This is why Dorna is working on an alternative calendar, starting in August. Assen has dates available between mid-August and late September."

And the circuit does not want to organize a GP behind closed doors, without spectators. “The TT has existed for almost 100 years and has good financial coverage, because the races have always been a success. So it's not a problem if we skip a year," Vaessen said.

It would certainly be something extraordinary for the world championship, which is closely linked to an iconic track, even if it has changed a great deal compared to the past. Desperate times call for desperate measures, or so they say, and 2020 could be the first year without bikes in Assen.

Doors open at Barcelona: tickets for the GP on sale