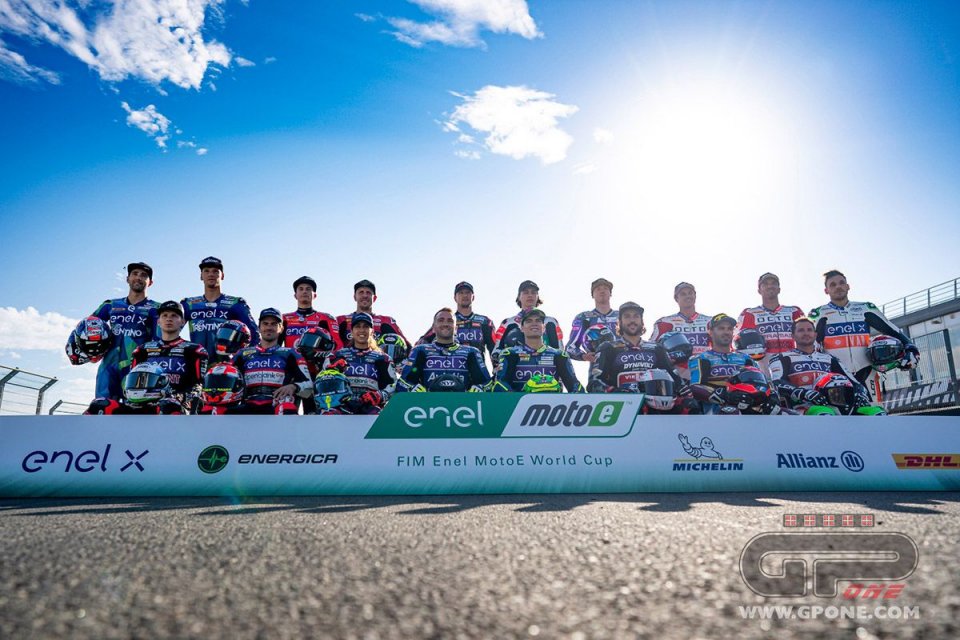 The words of the president of IRTA, Hervé Poncharal, on the risk that MotoE will not be included in any possible restart of the world championship, in mid-August, at the Red Bull Ring, in Austria, have alarmed Energica and the sponsors involved.

“Right now, we are focussed on Moto3, Moto2 and MotoGP, they are our priority, our main activity” said the president of IRTA. “We will have to think about what decision to make for MotoE. Personally, I would like it to go ahead, but the problem right now is the number of people present at the Grands Prix and if MotoE were there it would mean adding at least a hundred people. We are in an emergency, we have invested in the MotoE, we would like it to be there, but it is not the priority at the moment. This doesn't mean we don't care, but we need to focus on what's most important for our survival. "

For this reason, a press release has been issued that reaffirms the progress made thanks to the races held in 2019.

MORE SPEED
The first MotoE test of the season took place last month at Jerez, and laptimes were already noteworthy. A second and a half quicker than in 2019, the difference is created by some impressive steps forward, including:

BETTER ENDURANCE
2019 was an impressive first season for the Cup, but innovation remains a constant charge forward. MotoE can now count on:

- New bike chargers provided by Enel X, set to be introduced at the next event
- Race distances increased by one lap, as bikes can now be charged on the grid after the sighting lap
- New battery cooling system allowing riders to enjoy full power for longer sessions, more often

CALENDAR
The ongoing coronavirus outbreak has resulted in a number of changes to the calendar but as previously stated, racing is Dorna Sports’ top priority in 2020. That certainly includes the FIM Enel MotoE World Cup, as we reaffirm our commitment to the FIM, IRTA and World Cup partners.

The calendar will run in parallel to that of MotoGP with the principal aim of seeing the Cup compete at a number of Grands Prix in Europe.

As you can see, the release ends with words of optimism, which however clash with the reality. It is natural, at this stage, to pronounce them and it is clear that Dorna underlines them. It is symptomatic, however, that while Poncharal defended both Moto2 and Moto3 all the way, saying that they were inseparable from MotoGP in the championship, he did not do the same for MotoE which, it should be mentioned, does not assign any world title.

The same fact that the teams involved are also engaged in other categories does not currently penalize any team in absolute terms.

We will just have to wait to see how the situation will evolve.

READ HERE and watch our MotoE video test in Valencia

The spectre of Covid on the Dakar: Landman and De Villiers positive