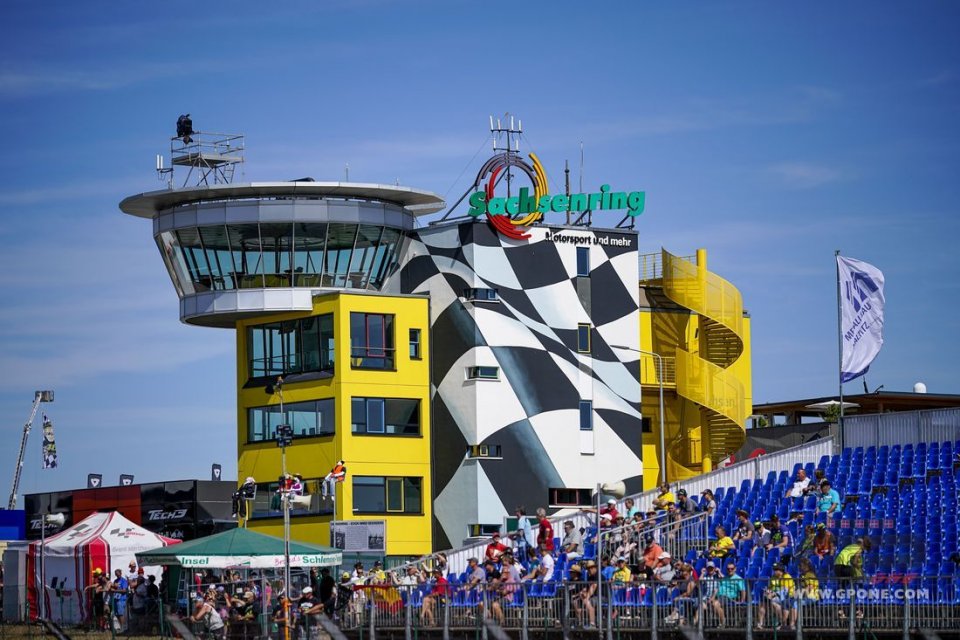 Germany is preparing to restart. Starting next Monday, several businesses and car dealerships will reopen and, at the beginning of May, students will also be able to go back to school. The sports world, however, will not enjoy this (limited) freedom, and all major public events, even sports-related ones, will be prohibited until August 31st.

This means that the Sachsenring Grand Prix, still scheduled for June 21st, will not take place, and it's difficult to think that organizing it behind closed doors could circumvent the German government's ban.

So there are only two possibilities: either cancel it, or postpone it for autumn, even if the temperatures at Sachsenring are not the mildest from September onwards.

The new starting date, based on the old calendar, would be June 28th, in Assen, but it's a forlone hope to think that the Dutch GP would race on that date.

Then there could be July 12th, the race in Finland, as the first stage of the championship. However, these are only hypotheses, because Dorna and the FIM have not yet announced the new calendar after the postponements of the GPs in Spain, France, Italy, and Catalonia.

There will certainly be important developments and more than one race will be canceled. In the best case scenario, we hope to be able to race ten Grand Prixs, even at the cost of organizing two consecutive ones on the same circuit and do it behind closed doors.