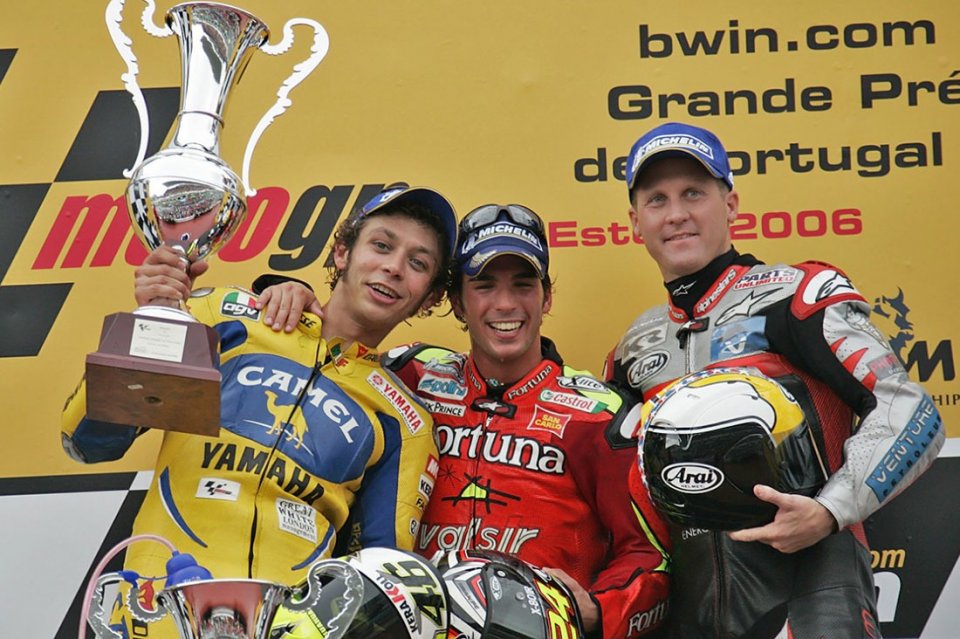 Two thousandths of a second that marked a vintage year, and perhaps even more. That time, in 2006, at Estoril Toni Elias won his first and only race in MotoGP and Valentino Rossi lost those five points which then cost him the world championship, won by Hayden.

A question of thousandths, therefore, for Toni Elias who spoke to DAZN's microphones last Sunday, to comment on that race, rebroadcast by the streaming service.

"When I meet Valentino at Austin, I see that he still holds it against me and has never forgiven me. It is terrible, it is time to be friends, but it is simply not possible. He is so competitive that he will never forgive me. I considered Rossi to be the best rider of all time until recently, but at the moment the best is Marc Marquez ".

In addition to this Toni Elias, who still races in MotoAmerica, also made a few comments about present-day MotoGP. At the time of his victory at Estoril, Toni rode a Honda of the Gresini team, a satellite bike but which had been declared identical to the factory one. How has this situation changed today?

"It’s simply not possible for a satellite motorbike to win the world championship, for political and sponsor reasons. Even if a manufacturer signs a contract in which he guarantees you factory material, it will never happen, I experienced it first-hand. One day Cal Crutchlow will retire and will be able to speak, like me now, and will be able to explain everything. He never had and will never have a bike like the factory one ".