The continuing Coronavirus emergency has stopped the start of the 2020 MotoGP Championship and, in recent months, several countries around the world have adopted forced lockdowns and travel restrictions to prevent the spread of the virus.

Italy has been one of the countries most affected by Covid-19 and, since last March 9th, all its citizens are spending time at home, fighting together to contain the emergency. Based in Forlì, Andrea Dovizioso is also respecting these measures and, in this interview, he expressed his feelings about it (listen to what he has to say in the video): “Nobody expected that the situation would become so serious. That's why it's all very strange. Now it's really crucial that we stay home. I know it's difficult, but we have to commit to going out only when necessary, because it seems as if this measure is working, so we have to continue like this.”

The Ducati Team rider also explained how he's facing the lockdown and how he's spending his days: “In the beginning, it was quite difficult. My girlfriend and I did some chores at home, then things changed a bit. My daughter is spending time here with us, and there's always a lot of work to do with her!”

Besides dedicating himself to his family, Dovizioso spoke about how he's taking advantage of his time, increasing his training. "I'm training more than before. Normally, our schedules are very busy. We have to train, but also rest, and be ready for the race weekend. But now I can train as much as I want." Speaking instead of his passion for motocross, Dovi also added: “I'm trying to follow motocross as much as I can, also because, in America, they can continue their activities, so I look at what they're doing, and let's say it's a sort of time to recharge for me."

Before the cancellation of the inaugural Grand Prix of the MotoGP 2020 season, originally scheduled for March 8th in Qatar, the Ducati Team riders, Dovizioso and Petrucci, participated in the two official pre-season tests in February, in Malaysia and in Qatar, finishing the last development work on their Desmosedici GP20. Taking stock of the two test sessions of three days each, the Ducati rider said: “I think two pre-season tests are not enough for us. We're not physically ready to ride so much for three consecutive days. I spend most of my time trying new materials, and we have to also be sure before deciding which path to take to continue development. That's why, in most cases, they're not so fast during tests. I always want to try new elements at the right time, with certain types of tires, because I want to give the right feedback."

Speaking of the new tire solutions introduced by Michelin this year, he also added: “At the beginning, it seemed like these new tires didn't adapt well to our riding style and our characteristics. But I think that, in the end, we managed to improve the general feeling with the bike during the last test in Qatar. Unfortunately, this does not mean that we'll be okay on all the tracks. The rear tires are different and greatly affect the front tire. We did a lot of laps but, during the tests, it's difficult to find the same conditions as in a race."

The Ducati Team rider also stated his goal for the 2020 season, which hasn't changed since the previous years: “Of course, we want to fight for the title. We'll find out only during the course of the season if this is possible, but it's always difficult, since there are many fast riders. It's hard to be the best, but you have to have this mentality to be able to become it." 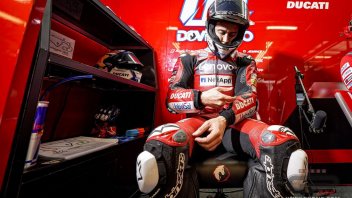 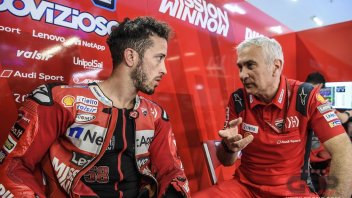 Tardozzi: "I’m fed up with hearing everyone called phenomena except... 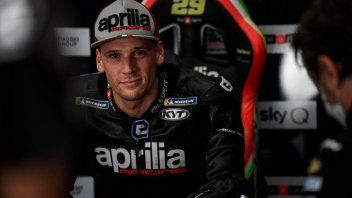 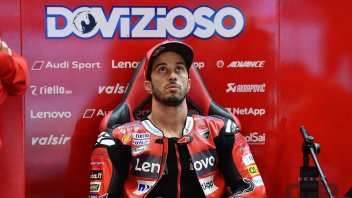