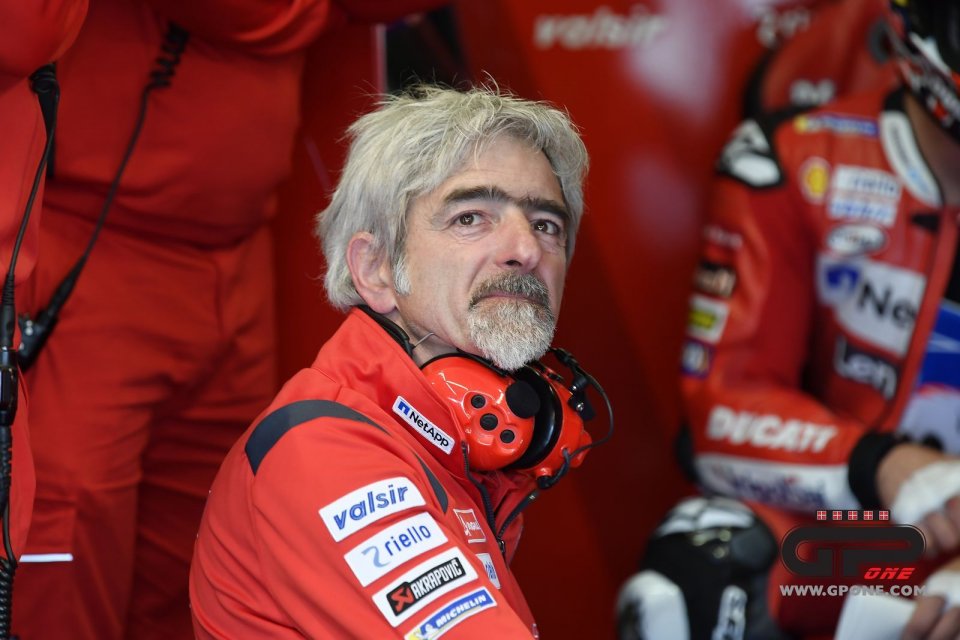 The MotoGP has to start again, and it must do so at any cost, or almost any. Gigi Dall'Igna, Ducati Corse's General Manager, has no doubts about this. Right now, no one knows when the Championship will be able to start again, but it's clear that, when it does, nothing will be as it was before, under many respects.

“We're facing a major disaster. The two-wheeled world in general will surely suffer a great deal from this crisis, and it's clear that all the ideas that will allow us to limit costs will have to be put into effect," the engineer from Veneto said in an interview with La Stampa.

There will be less money, and everything will have to be done so as not to waste resources, to do more with less, as they say.

“I'm a technical director, I like to progress. In the past, I've always been against all proposals that could limit development, but now things are totally different," he said. "Our future is gambling on cutting costs."

Ducati has promoted to block development on motorcycles, and the idea of racing in 2021 with current bikes, but Dall'Igna also has another idea.

“I'm thinking of using one bike per rider in the MotoGp," is his proposal. "At the moment, we're the only category that has two, and it doesn't seem to me that, in the others, from the Moto3 to the SBK, the entertainment factor is less. Having one less bike would lead to significant savings, starting with that for spare parts, not only for the manufacturers but, above all, for independent teams."

It would be an epochal turning point for the premier class. Right now, no solution can be discarded. Another priority is to start again.

“I think we need to do absolutely everything we can to race. Broadcasters represent the most important part of our sport, from an economic aspect, and not only," he explained. "Races without an audience and spectators on the circuit but broadcasting them means being able to promote sponsors, reach the majority of our audience, so we would be able to, however, save 80% of the business related to this sport."

The General Manager doesn't reject any option and logically accepts a shortened championship.

“I'd say at least a dozen Grand Prixs. I'm open to all options except to racing two races on the same weekend. It seems like a solution with little attraction, even from a television point-of-view,” was his opinion.

As for the riders market, however, everything is at a standstill. Dovizioso's and Petrucci's contracts are about to expire, but now is not the time to talk about 2021.

“I don't think anyone is in a hurry to negotiate their contracts right now, not us constructors nor the riders. We're focused on managing a difficult situation,"  Dall'Igna explaned.