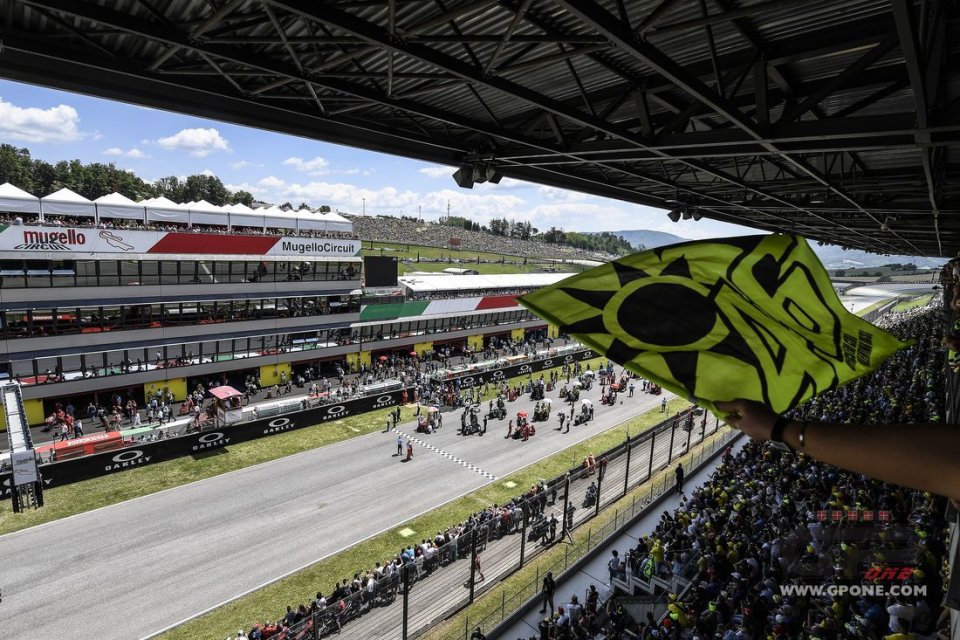 MotoGP is not only thinking about how and when to start again, but also about its future. The health crisis caused by the coronavirus is having serious repercussions on the economy, not only for manufacturers who take part in the top motorcycling series and sponsors who invest in the championship. As Ducati sporting director Paolo Ciabatti had explained to us in one of our recent interviews, MotoGP will have to have a rethink, aware that there will be less money to spend.

This will mean a probable reduction in the riders’ retainers, but also a clear cut in costs, starting with bike development, so much so that in 2021 it will be possible to race with this year's bikes (at least as regards engine and aerodynamics).

These two aspects, however, are not the only ones on the table of the manufacturers, which met yesterday to formulate some shared proposals. Another way to keep costs down would be to review the race weekend format. Currently, the weekend is spread over 4 days: Thursday is reserved for media and promotional activities, Friday for free practice and then Saturday and Sunday with qualifying and races.

One of the proposals discussed by the MSMA is to reduce the duration of the Grand Prix by one day by eliminating Thursday. In this case, the whole program would be squeezed into three days. Promotional activities would be organized on Friday morning, eliminating one of the 4 free practice sessions (2 for Moto2 and Moto3), and then proceeding in the two remaining days as usual.

The first saving would concern travel, because logically it would save one hotel ‘night’, which, multiplied by 20 GPs and for all members of a team, represents a welcome cut. The other advantage would be to decrease the kilometres on the track covered by the bikes, which would lead to a decrease in costs. Fewer kilometres for the same number of GPs means being able to use fewer engines, but also many other parts of the bike would 'last' longer, in addition to the fact that the chances of crashes would decrease. On the other hand, the riders would have less time to sort out the bike for the race but, to be honest, they would all be in the same boat.

Such a solution would not have much effect on ticket sales, seeing as Saturdays and Sundays are the most popular days; the grandstands are often empty on Friday, but this would have a negative impact on accommodation facilities. Perhaps those who would complain more about this new format would be the TV broadcasters. Thematic channels need content to fill their schedules and Thursday is the best day to make them, a possibility that they would no longer have.

In times of crisis, on the other hand, drastic decisions are often needed for the good of the whole championship. Already before the health crisis, Formula 1 was thinking of such a format, now MotoGP is doing the same.