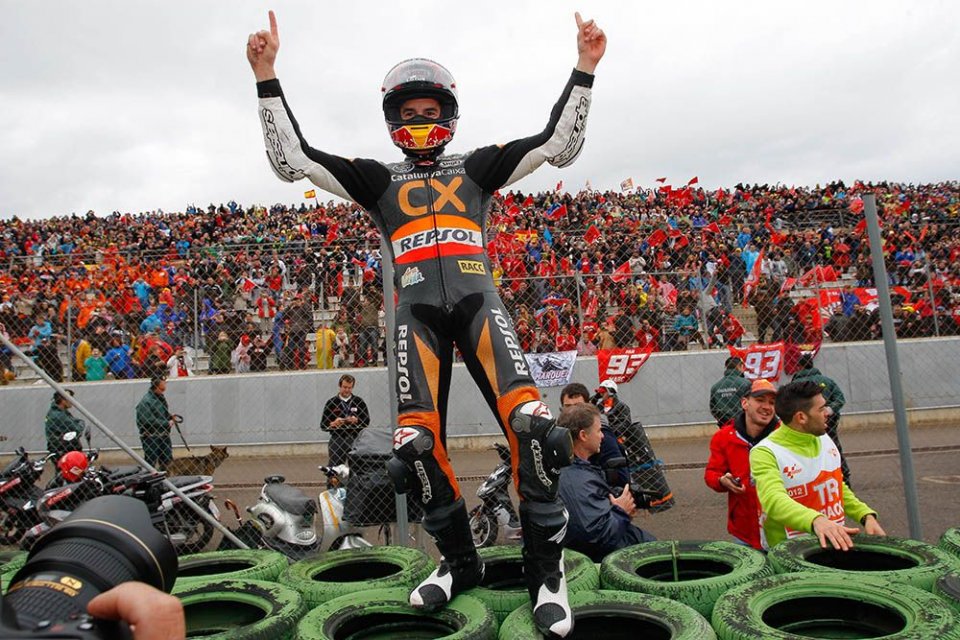 Without any races, it’s easy to flick through the book of memories. On TV and on the internet these days the best Grand Prix races of the past are often repeated. From the dawn of motorcycling to more recent times, there are so many spectacular races that we never get tired of seeing again.

Legendary duels, unforgettable overtaking, but also fabulous comebacks. We have also been going down memory lane searching for the best moments, those races in which a rider was able to overturn a crystal-clear race outcome.

We have chosen five, in the various classes, without putting them in order because each one is an achievement that deserves to be remembered. We offer them below; all you need to do is go to our Facebook page to tell us which one you prefer and any that we have forgotten. 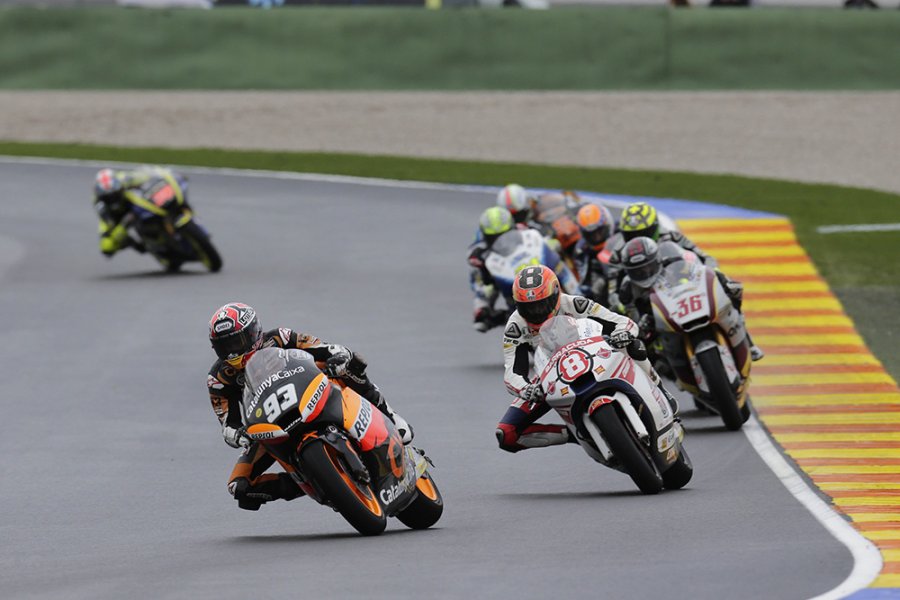 Last race in Moto2, the title already conquered and nothing more to prove, but Marquez has never been famous for settling for a result. At Valencia, in qualifying, he had set second-quickest time, but he had also knocked Simone Corsi to the ground with too aggressive a manoeuvre. The result was a penalty that forced Marc to start from last position on the grid.

His first lap went down in history as he managed to move from 33rd to 11th position in no time at all. On lap 12, just under half-way through the race, Marquez was 5th but more than 11 seconds away from Julian Simon who was in the lead. The comeback seemed over, but Marc switched on the turbo and made up one second a lap on his compatriot. Three laps from the end he got past and there wasn’t even a sprint finish to decide the winner: Marquez crossed the finish line more than one second ahead of Simon.

A few days later he stepped on the Honda MotoGP for the first time, but that's another story… 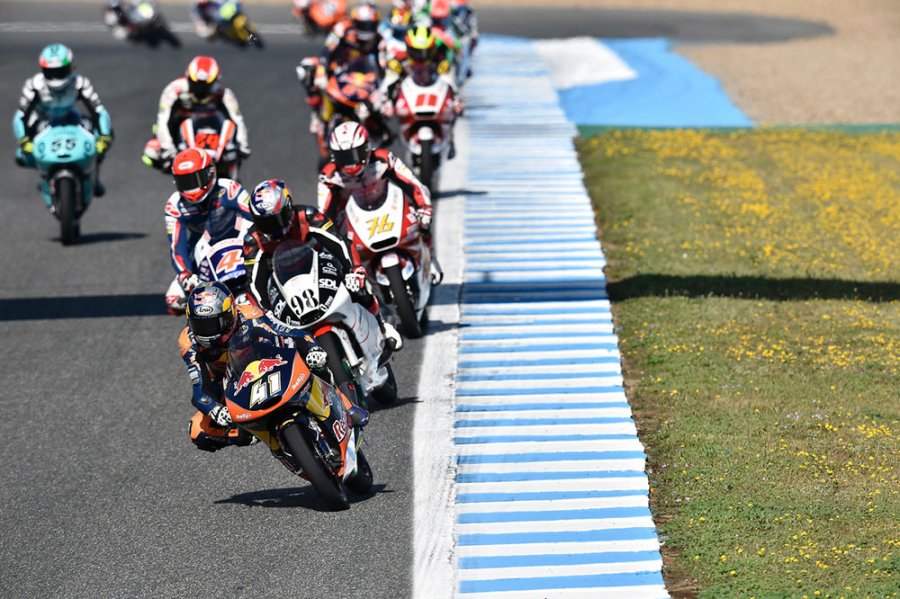 In 2016 Brad Binder had started the season with 3 consecutive podiums, but no victory. Qualifying had gone well, with the South African starting from the second slot on the grid, but a technical irregularity was found on his KTM and he was forced to start from the back.

When the traffic lights went out, Brad was 35th, but when he crossed the finish line again, he was already 21st. He started to make up place after place and after 15 laps he was already in the area of the podium. Then he moved up another gear and powered away: he won his first race in Moto3 in front of two Italians, Bulega and Bagnaia, who were more than 3 seconds behind.

Brad got a taste for victory, and he also won the next two GPs in France and Italy and the title at the end of the year.

Dani Pedrosa: from the garage to 1st at the 2012 GP of Valencia - MotoGP 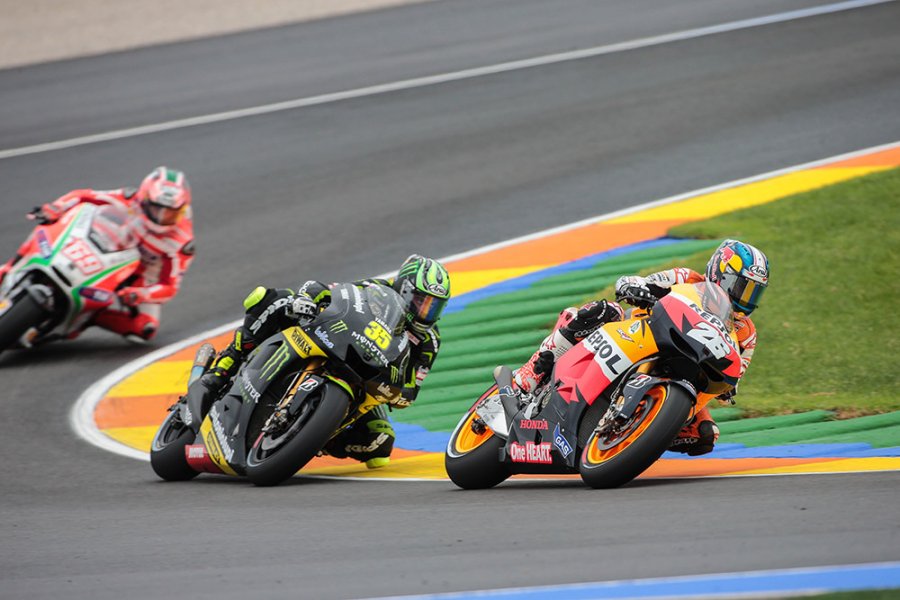 Marquez had just completed his masterpiece in the Moto2 race and his next team-mate, Dani Pedrosa, did not want to be outdone. The Spaniard should actually have started from pole position but at the end of the formation lap decided to enter the pits to change tyres.

It had just finished raining at Valencia, but the asphalt was drying out and Dani decided to take a risk by fitting slicks, while almost all of the riders had chosen rain. After the first lap he was 20th, almost 10 seconds from Aleix Espargarò, the lap afterwards the gap was 12 seconds but then the track started to dry out. After 6 laps he was 2nd behind Lorenzo, who fell.

Pedrosa crossed the finish line in first place with an advantage of more than 37 seconds over Yamaha test rider Nakasuga and only 6 riders managed not to be lapped. 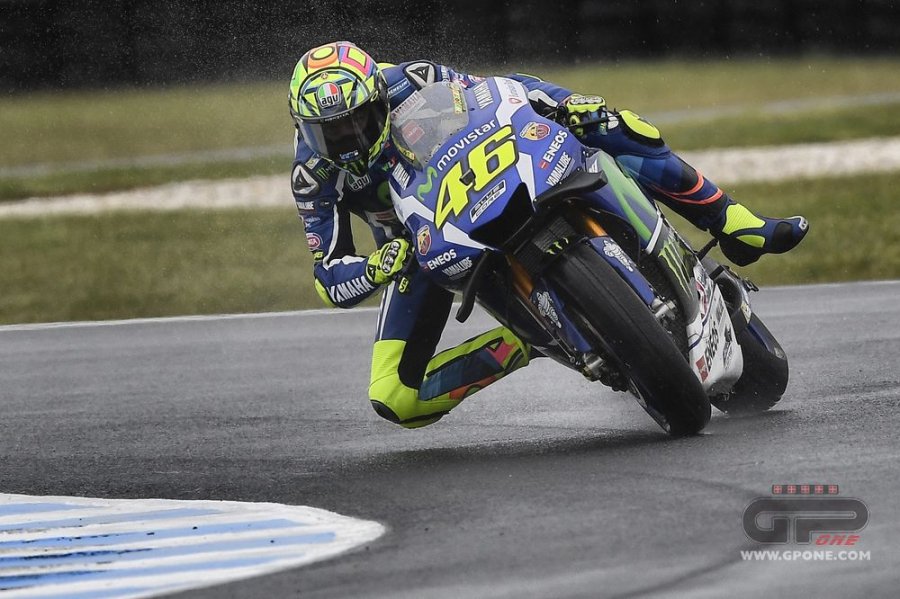 Valentino Rossi has never been a wizard in qualifying, not even in his best days, but in 2016 in Australia he outdid himself… in negative, that is. After Saturday practice, held in the wet, he was 15th on the grid and the podium looked like a mirage.

Phillip Island, however, has always been one of the Doctor’s favourite circuits and his first 10 laps were a little masterpiece. He was going to need a lot of laps if he wanted to get onto the podium, behind Crutchlow, but he did it. However, he was unable to put the icing on the cake and had to settle for the runner-up slot.

"My best race where I finished second" he declared on arrival. 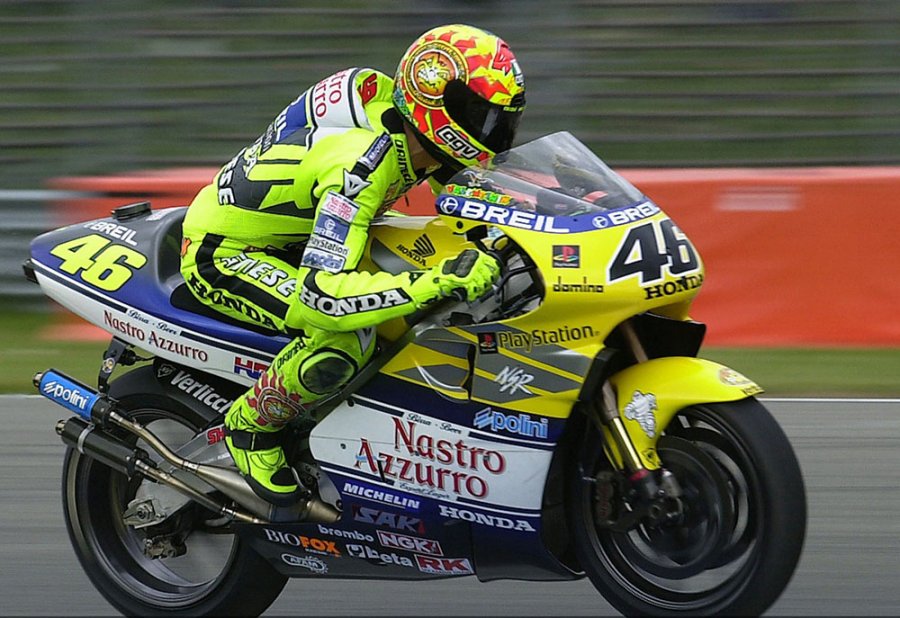 Back in time to 500 cc 2-stroke days. The Grand Prix is ​​the one in Germany, the year 2000: it took place at the Sachsenring, a narrow and tortuous toboggan run rather than a track. Valentino qualified 6th on the second row, but in the first lap of the race everything went wrong. A mistake and Rossi found himself 16th at the finish line on the opening lap.

On the German circuit it was not easy to overtake, but the Doctor didn’t give up. Lap after lap he climbed through the field. After 8 he was 7th, after 23 he was 3rd and 5 laps from the end, he took the lead. He lost out in the sprint with Barros by 78 thousandths of a second, but it remains one of Valentino's best comebacks. On a very technical track and on one of the most fascinating motorcycles in history.