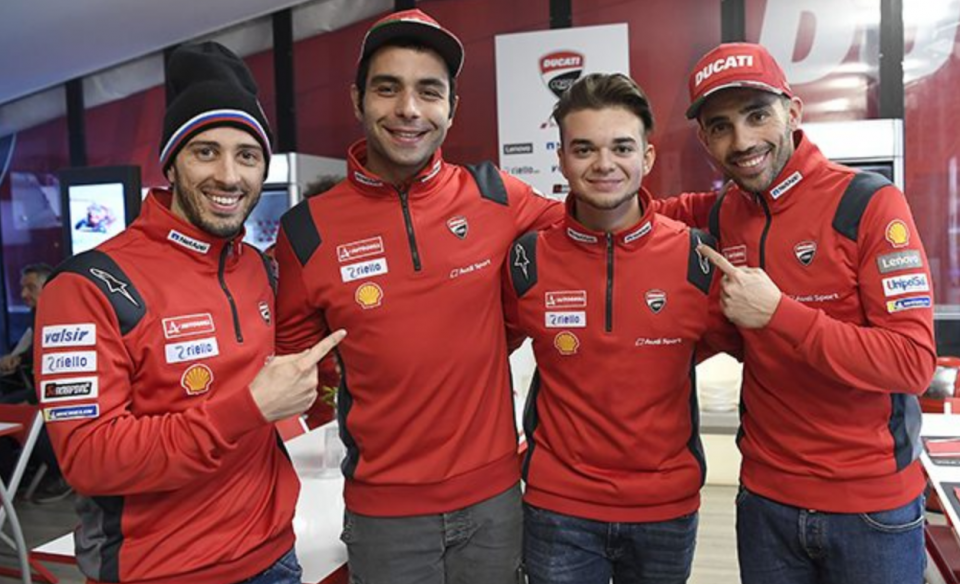 Ducati is pleased to announce the born of the official Ducati Corse team of eSport. The line-up of the new squad will see current World Champion Andrea Saveri, also known as AndrewZh, attempting to confirm the world title conquered last year, now as an official rider of Ducati Corse eSport.

AndrewZh confirmed yesterday his participation to the final challenge of the World Championship after finishing eighth in the “ProDraft” classification, and he will be part of a group of 11 gamers that will compete for the title this season.

It was quite natural that Ducati and AndrewZh were meant to cross their paths. Andrea was born in Bologna 19 years ago. He is a motorcycle enthusiast, he lives a few kilometres away from Borgo Panigale, and his family has always been “Ducatista”.

Since his debut in the eSport, AndrewZh has always been a key player in all the MotoGP World Championship editions. In 2018 he classified third, and last year he finished first, controlling a Desmosedici GP bike, even if at that moment he still wasn’t an official Ducati rider.

This year Ducati and AndrewZh’s goal is to keep the world title conquered last season in the final meeting in Valencia. In the two races held, he was able to master the pressure put on him by his rivals taking the final victory with two points on the second classified.

Apart from following all the battles on the screens, fans will be able to know more AndrewZh during the season at some promotional events organised by Ducati.

Last year the three races of the eSport World Championship were shown by 15 TV broadcasters in 5 continents for a global audience of 64 million viewers.

Bagnaia-Ducati storming the World Championship: "Aiming for the best...